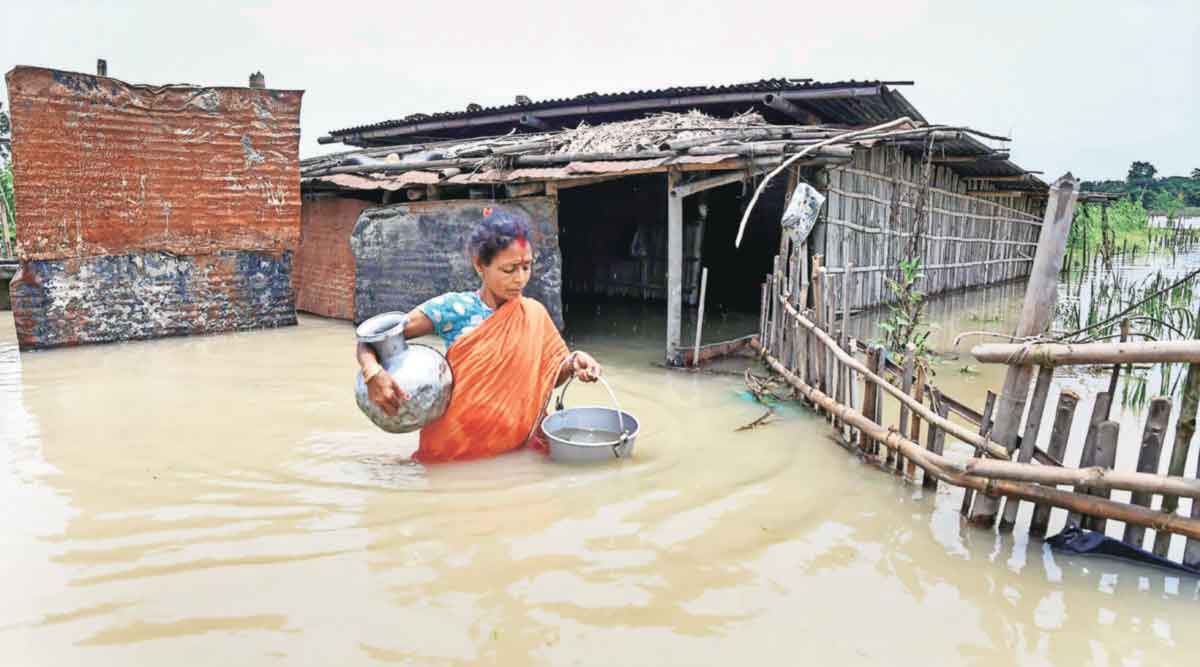 Guwahati:The situation in Assam worsened on Sunday. Eight more people have died in the floods. More than 37 lakh people in 32 districts have been affected. New parts are being flooded due to incessant rains.

According to the Assam Disaster Management Authority, the landslide killed three people and drowned five others at different places during the day. As a result, the death toll from floods and landslides in the state has risen to 70 so far. An official of the authority said that more than 37 lakh 17 thousand 800 people were affected by the floods in four thousand 462 villages in 32 districts of the state. One lakh 56 thousand flood victims have taken shelter in 514 relief camps in the state.

The city of Guwahati was also flooded

Guwahati, the capital of Assam, was hit by torrential rains on Saturday night.