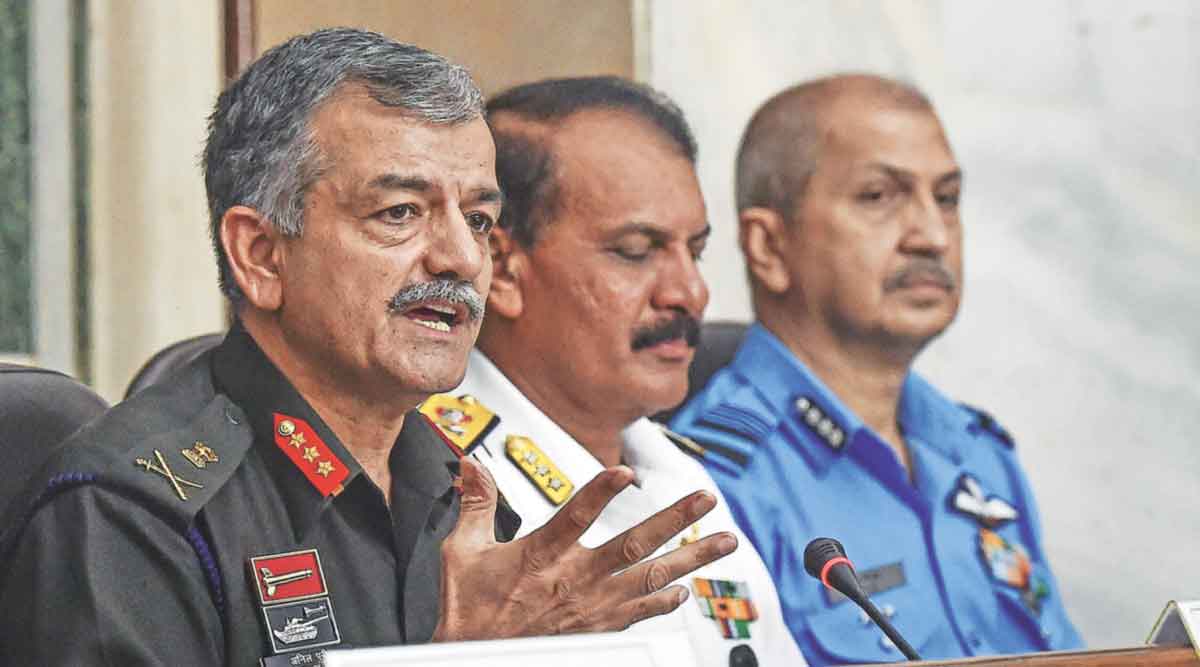 New Delhi:The government is adamant on the implementation of the controversial Agneepath scheme, which has been the subject of violent protests across the country, and all three Army services on Sunday announced a comprehensive recruitment program for firefighters. He also warned that the doors of the scheme would be closed to the youths involved in arson and vandalism against ‘Agneepath’.

When recruiting in ‘Agneepath’, the applicant youth will have to give an affidavit that they did not join the agitation against the scheme or did not take part in the agitation. Lieutenant General Anil Puri, Additional Secretary, Department of Military Affairs, said, “Discipline is the foundation of the Indian Defense Forces. There is no place for arson and protests here. ” While filing an application for recruitment under the Agneepath scheme, the concerned candidate has to submit an affidavit stating that he has not joined any agitation against the scheme. Also, every candidate will be subjected to police verification. If an FIR is lodged against a person, he will not be able to participate in the recruitment process, said Lt Gen Puri.

The three armed forces on Sunday announced a comprehensive program for recruitment under the Agneepath scheme. It was informed at this time that the scheme is being implemented to reduce the average age of the personnel in the Defense Forces. All three parties announced the details of the recruitment process.

The lieutenant general strongly supported the plan. He said, “The issue of lowering the average age of personnel in the three branches of the Defense Forces has been under consideration for a long time. The Kargil Review Committee had also underlined the need for this. There has been a long discussion regarding this scheme. We also studied the defense forces of other countries. “Young people have the ability to take risks. Loves courage. ‘Josh’ and ‘Hosh’ are the same between them. Therefore, the government is implementing this scheme. Puri also appealed to the youth to withdraw their agitation against the scheme. He also said that the plan would not be withdrawn under any circumstances.

Informing about the Navy’s plan to recruit firefighters under the scheme, Vice Admiral Dinesh Tripathi said that the Naval Headquarters would disseminate comprehensive guidelines for recruitment by June 25. The first batch training program will be started till November 21. Under the scheme, both men and women will be recruited in the Navy.

Army Chief Lieutenant General Bansi Ponnappa said that the Army would release the draft notification on June 20 (Monday) and subsequent notifications would be disseminated from July 1 through various Army recruitment centers. Recruitment fairs will be held across the country in August, September and October. A total of 83 recruitment fairs will be organized across the country for the selection of about 40,000 personnel. The first batch of 25,000 personnel will join the training program in the first and second week of December and the second batch will join their training on 23rd February.

Discipline is the foundation of the Indian Defense Forces. There is no place for arson and vandalism. While submitting the application for recruitment, the concerned candidate has to submit an affidavit stating that he has not joined any agitation against the scheme. Every candidate will be subjected to police verification, said Lt. Gen. Anil Puri, Additional Secretary, Department of Military Affairs.

Draft notification will be submitted on 20th June, various notifications from 1st July, a total of 83 recruitment meetings will be held across the country in August, September and October, training of the first batch of 25000 personnel in the first and second week of December.

Gujarat: 14 people arrested for protesting against Agneepath project in Ahmedabad

‘Punjab: Youths protest against the scheme, block the road on Chandigarh-Una National Highway for an hour.

West Bengal: Due to the agitation, the Eastern Railway canceled many trains and changed the routes of some.

Tamil Nadu: Southern Railway cancels some trains due to agitation