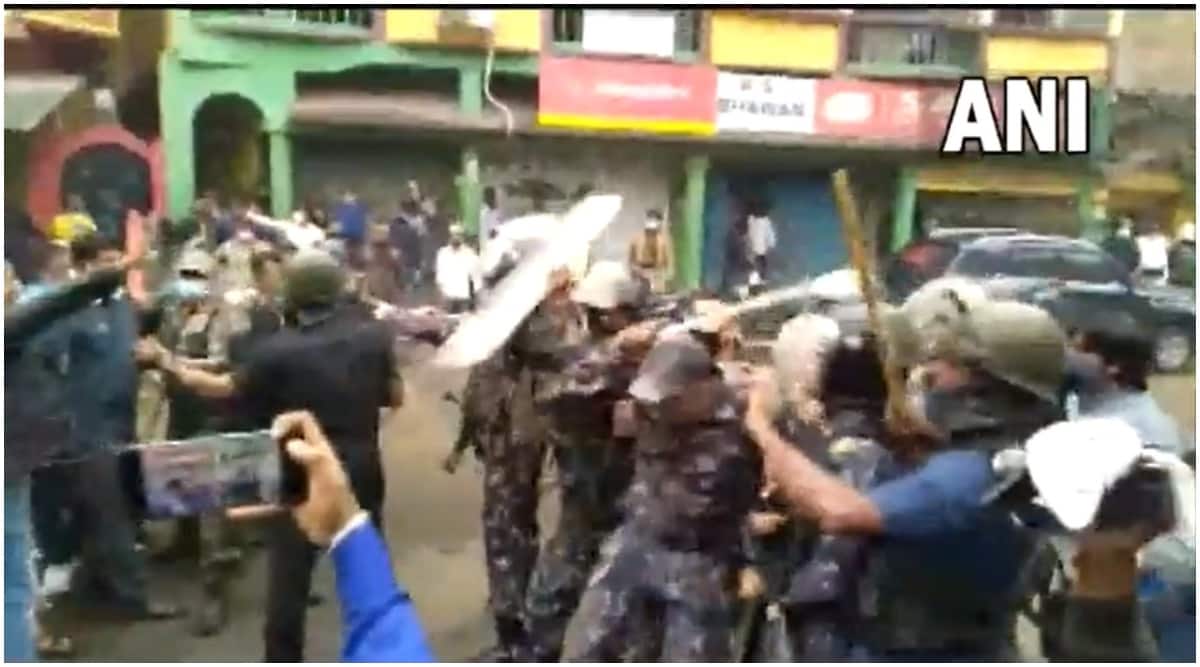 Trinamool and BJP workers had gathered at Barrackpore today to pay their respects to Netaji Subhash Chandra Bose on the occasion of his 125th birth anniversary. At this time, there was a dispute between the two groups over offering wreaths on Netaji’s statue. The dispute escalated so much that BJP MP Arjun Singh’s security guards had to open fire in the air to bring the situation under control. Videos of the incident are also going viral on social media.

After BJP MP Arjun Singh reached the spot, a scuffle broke out between the workers of both the parties. The BJP has alleged that Trinamool activists started throwing stones at Arjun Singh as soon as he arrived. Meanwhile, Arjun Singh’s security guards opened fire in the air and took him to safety. The police were also present when the riot broke out, News 18 reported.

Police came forward after realizing that there was tension at the spot. Police launched a direct baton charge to bring the situation under control. Against the backdrop of tension, a large force was immediately deployed in the area. The BJP has claimed that Arjun Singh’s car was vandalized during the incident. The Trinamool Congress has said that it was wrong for Arjun Singh’s security guards to fire seven rounds.

“Our MLA Pawan Singh had gone to pay homage to Netaji around 10.30 am on Sunday. He was then attacked by Trinamool goons. Bullets were fired at them. Also bricks were thrown. Then when I got there, they attacked me too. Everything was happening in front of the police. My car was blown up. Considering the seriousness of the situation, a large police force has been deployed at the spot, “said BJP MP Arjun Singh.

The post BJP-Trinamool activists joined in the program on the occasion of Subhash Chandra Bose’s birth anniversary; MP’s bodyguards fired in the air appeared first on Loksatta.

People of these 3 zodiac signs are considered to be capricious, they like to work on their own terms

"Just placing a statue of Netaji does not end your responsibility;" Mamata Banerjee criticizes Modi