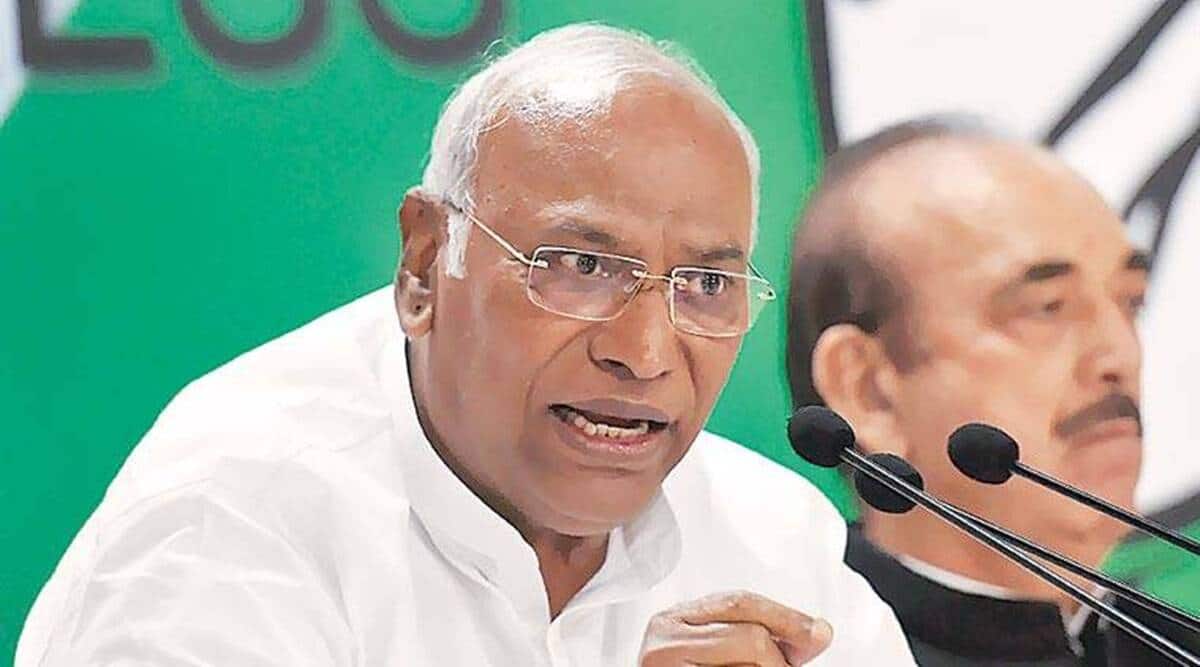 New Delhi : BJP does not have enough strength in Presidential elections The BJP is playing for power in Maharashtra to reach a majority, said senior Congress leader Mallikarjun Kharge. How did the Mahavikas Aghadi government suddenly become unstable when it was in power for two and a half years in Maharashtra? There is a conspiracy of BJP behind it, Kharge alleged while talking to reporters on Thursday.

The Shiv Sena MLAs were first taken to Surat, then to Guwahati. How did this happen? You know whose government is in Surat. The BJP has a hand in taking the MLAs, without which it would not have been possible to take so many MLAs out of the state at the same time, said Kharge.

Talks have been held with Shiv Sena leader Sanjay Raut regarding the developments in the state. Raut has clarified that Shiv Sena MLAs from Guwahati should come to Mumbai and speak, their resentment will be removed. Shiv Sena will not leave Eknath Shinde Has said. By real Shiv Sainiks Uddhav ThackerayShould be discussed. Kharge hopes that Shiv Sena rebel MLAs will come back and find a way out of the problem.

How did these governments go??

BJP has toppled non-BJP governments in many states. Everyone knows how the Congress governments in Uttarakhand, Karnataka, Madhya Pradesh, Goa and Manipur went. The BJP overthrew the people-appointed government by ‘sabotaging’ with the help of investigative agencies like ED and CBI, now the same game is going on in Maharashtra. But in Maharashtra, Shiv Sena, NCP and Congress together will sustain this government. For this, Congress will do its utmost to help, said Kharge.