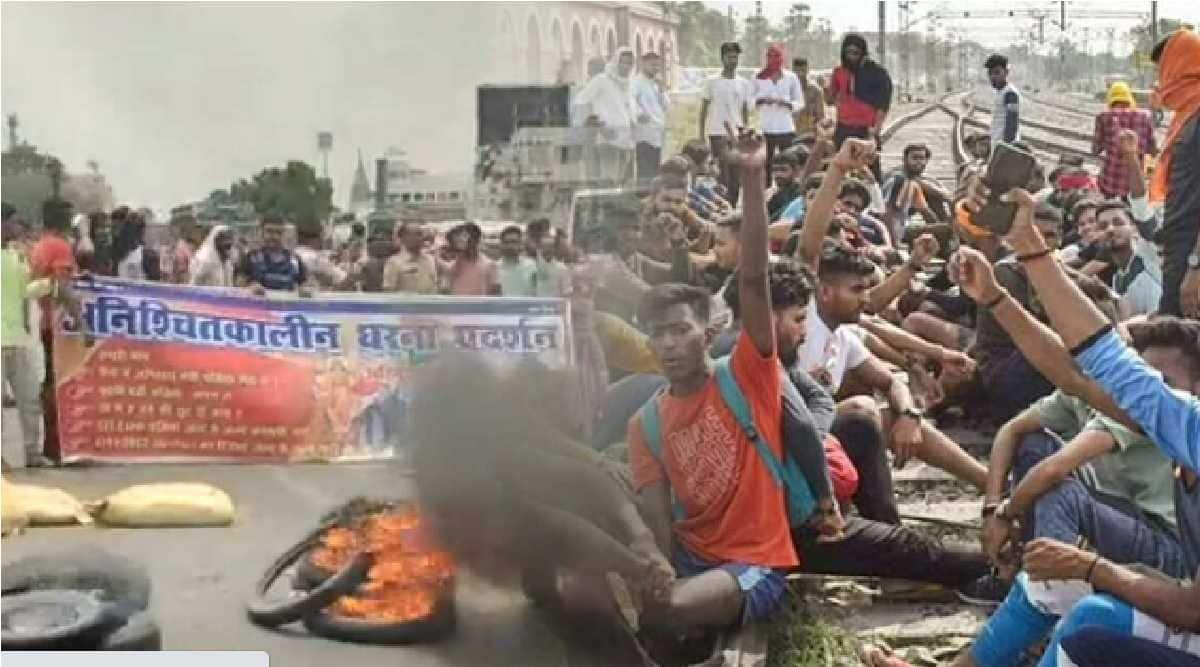 The Agneepath scheme introduced by the central government for army recruitment is strongly opposed across the country. Young people have taken to the streets in big states like Uttar Pradesh, Bihar, Punjab and Haryana. These young people are demanding that the scheme be withdrawn. Meanwhile, a video of a young man dreaming of enlisting in the army is going viral as the plan is being opposed across the country. In this video, the young man is seen crying and demanding the government official to withdraw the plan.

Also read >>> … So the youth of the country chose the path of destroying their own youth: Asaduddin Owaisi

According to the information received, the video is from Panipat in the state of Haryana. This young man is seen agitating to oppose the Agneepath scheme. He is in tears when he sees a government official. He puts his head on the officer’s shoulder and he is seen crying. Also, “Uncle Agneepath, cancel the scheme. I have been trying to join the army for the last four years. My dream is to join the army. My career will be ruined, ”the young government official pleaded.

Also read >>> Agneepath Yojana: ‘So where is the dispute? The work of inciting the youth by the opposition, ‘said Union Minister V.K. Singh’s allegation

After the young man had tears in his eyes, the government official tried to persuade him. Don’t take the law into your own hands. The problem you have; Give me in writing what you have to say. “I will convey this to the government,” the official told the youth.

Meanwhile, the Agneepath scheme is being opposed across the country and young people from Rajasthan, Punjab, Haryana, Uttar Pradesh, Madhya Pradesh and Odisha have taken to the streets. In Bihar, trains have been set on fire. Also, some youths have become aggressive and there have been incidents of arson in some places. On the other hand, considering the growing opposition of the youth, the central government has given some more concessions through the Agneepath scheme. Also, states like Uttar Pradesh and Madhya Pradesh have announced to give preference to firefighters in police and other government jobs. However, the youth are demanding cancellation of the scheme.