Chief Minister and Home Minister Devendra Fadnavis on Friday visited the police camp set up in Nagpur for the monsoon session. This time he enjoyed a meal with the police personnel. Meanwhile, while appreciating the work of the police, he also learned about their difficulties. On this occasion, Yogesh Thakur welcomed the Chief Minister. API Valmik Rokade spoke to the Home Minister on behalf of the police. 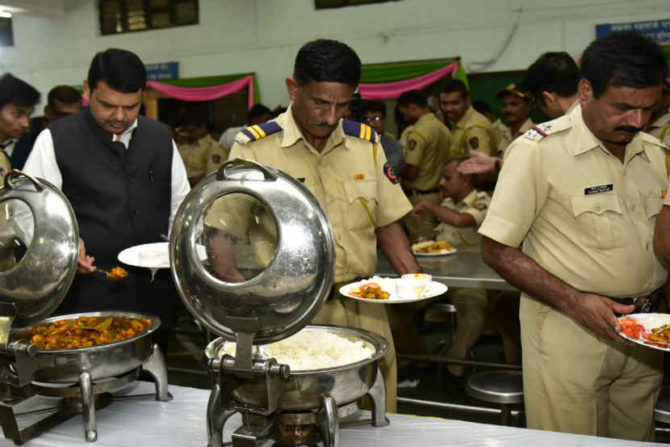 The monsoon session of the state legislature is currently underway in the capital Nagpur. Police from 15 districts of the state are deployed for this purpose. A police camp has been set up to accommodate them during the convention. All kinds of facilities have been made available for them here. In addition to these facilities, police vehicles, meals while on duty, ambulance services are also provided for the medical facilities of a police personnel in case of sudden illness. 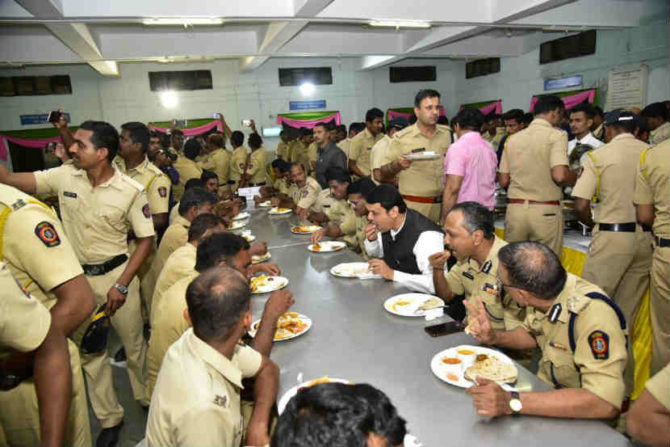 For the first time since 1971, a monsoon convention has been organized here. The police department is fully prepared and ready for the smooth conduct of the convention. For this, a total of 1160 police personnel are staying in the police camp at RPTS, Nagpur.

Meanwhile, the Chief Minister has lauded the work of all the police. He also informed about the efforts being made by the state government for police facilities. Construction work of 50,000 new houses has been started for the police. A provision of Rs 208 crore has been made for this. The Chief Minister also informed about the welfare schemes for the employees and their families.

The post CM’s meal with police while standing in line; Appreciated the work done at the convention appeared first on Loksatta.