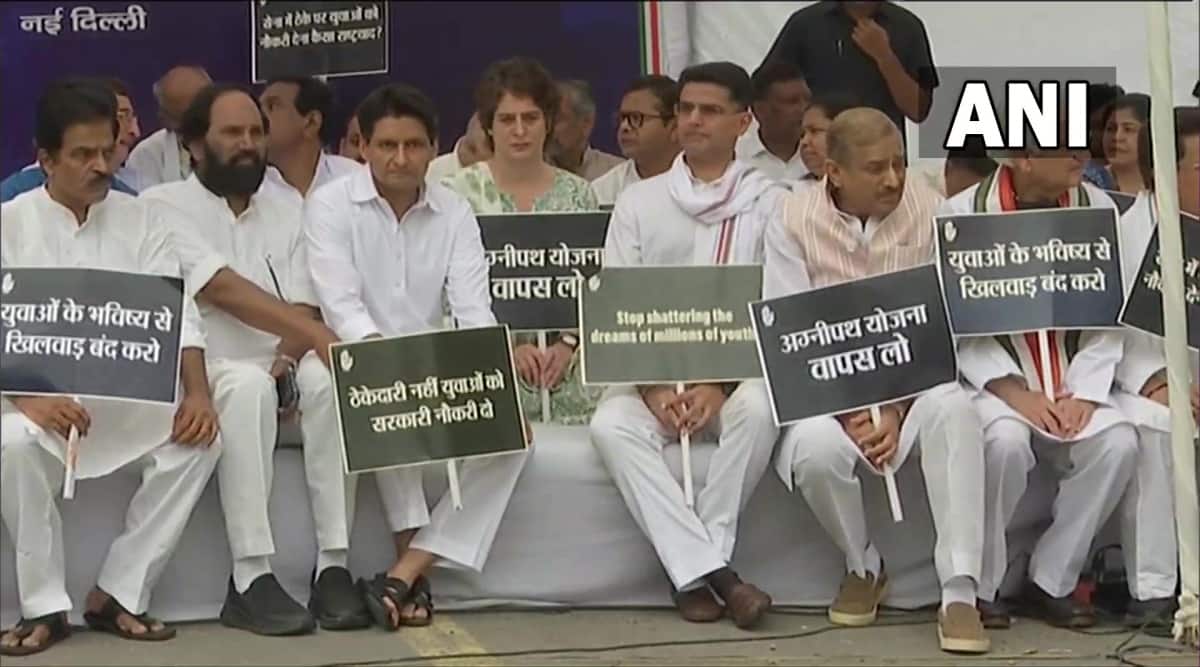 The Agneepath scheme is being opposed across the country. Young people across the country have taken to the streets in protest of the plan, with violence reported in several cities. Meanwhile, a satyagraha is being organized on Jantar Mantar in Delhi today on behalf of the Congress against this plan. Congress MPs, members of their executive and office bearers of the All India Congress Committee have participated in this ‘Satyagraha’.

Congress leaders across the country ordered to come to Delhi

The Congress party says the decision was taken because the ‘Agneepath’ scheme has angered the youth of our country and they are protesting in the streets. It is our responsibility to stand behind them. Congress leaders across the country have been ordered to come to Delhi to participate in a satyagraha against the Agneepath project.