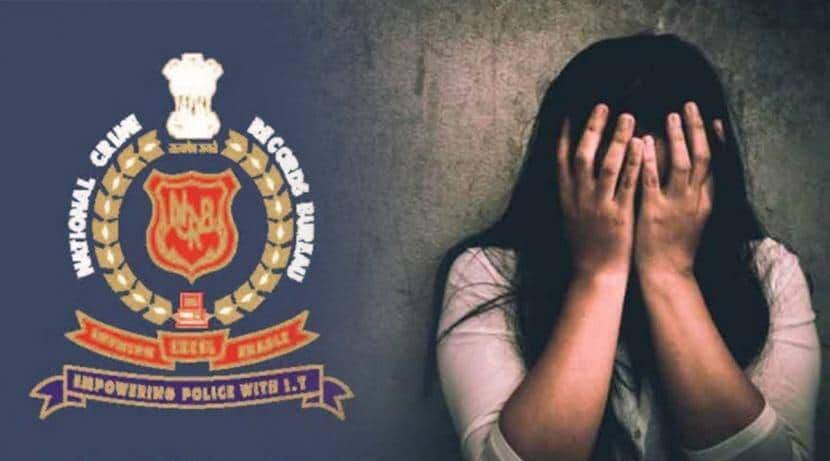 Crimes targeting women and children have declined somewhat in the Corona-Taleban years; But the oppression of the deprived has increased.
The number of crimes committed by the government against citizens has also increased, according to the 2020 National Crime Records Report.

The relationship between statistics and credibility is the same. Even the latest national crime statistics released last Tuesday confirm this. The National Crime Records Bureau, also known as the NCRB, publishes in detail the number of reported crimes across the country every year, in the previous year. These are the statistics of where and how much the crime rate has increased across the country. This does not include crimes that police stations do not know or do not record despite knowing – although this is true, these statistics are considered reliable for recorded crimes. If we believe so much, our national character also comes out of these crime statistics. What kind of crime is being reported, it gives an idea of ​​which communities that have been suppressed to date have the courage to report it. That is why the statistics on atrocities against women, deprived, dalits and tribals are discussed more and more every year after this report. The tone of this year’s discussion is different. Let’s see how.

The months from March 2020 to almost August were closed. That may be the reason, but crimes such as burglary and atrocities against women and children were lower in 2020, according to this year’s figures. There must be facts in it. Most of the people who stay at home with their families – that is, no migrant workers – have not left their homes, so it is only natural that burglary will decrease. In the same vein, it can be said that women did not go to the office, little girls did not go to school, they stayed at home, so the rate of atrocities decreased. But how much is that? Violence against women declined by 8.3 per cent, while that of children decreased by 13.2 per cent. However, complaints of domestic violence or harassment increased in the year 2020. Out of a total of 3,71,503 complaints of violence against women, the number of complaints of domestic violence is 30 per cent – about one lakh 11 thousand. These statistics are nationwide. There are also details of states, which show that Rajasthan has the highest number of rape cases (5,310) this year, followed by Uttar Pradesh (27,69), Madhya Pradesh (2,339), Maharashtra (2,061) and Assam (1,657). ) Began to order. The number of rapes in Delhi is not as a state but as one of the 19 metros. There were 2533 rapes in these metros, of which 967 were in Delhi, 407 in Jaipur and 322 in Mumbai. The metropolis witnessed 1,849 murders, of which 461 took place in Delhi, followed by Bengaluru (179), Mumbai (148) and Surat (116). Despite the proliferation of Chennai riots, 15 cases of murder were reported there.

Just as a citizen complains about another person to the police, so do government agencies. These types of crimes are disobedience to government orders, inciting riots, endangering social peace. Those records increased in 2020. Many may have tried to break the lockout during the Coronation period, but 6,12,179 types of ‘disobedience’ were reported across the country. In 2019, the number of such complaints was 29,469. Governments in various parts of the world feel that the four types of violence: ‘religious riots’ (857),’ farmers’ riots’ (2,188), ‘violent agitations’ (1,905) and’ creating rifts between two communities’ (1,804) have increased. Began. Most of these entries are against protesters against the Citizenship Amendment Act and the Agricultural Act.

Since the figures in the National Crime Records Report are low in some places, one might think it is ‘promising’; But if the report is to draw any conclusions about our national character, this year’s figures suggest that it should first draw on awareness of women and disadvantaged groups, and then how the government views protesters. The suggestion is clear enough, but we don’t want to see it and change the subject, even if it is our national character now, there is no question of discussion. But the next question of how the government views the protesters is ‘instant justice’. According to the National Judicial Data Grid, there are 2,93,53,239 pending criminal cases. Similar to the Crime Records report, a ‘Prison Status Report’ is presented, the latest of which shows that in 2013, out of a total of 4,78,600 inmates across the country, only 30.11 per cent (1,44,125) inmates have been directly convicted. The remaining 69.89 per cent prisoners are raw. At the same time, an election-loving state government like Uttar Pradesh is bragging about ‘crime is low in our state’ and praising that government, there have been 8,500 police encounters since 2017. When the police are rumored to have ‘massacred’ 150 people and displaced 3,500 people, the question arises as to whether the Indians who do it know the concept of ‘rule of law’. If the role of the law behind the concept of protecting the law and punishing those who harm their livelihoods becomes irrelevant, then some may wonder why they should even lodge a formal complaint with the police. Better a poor horse than no horse at all. Today, the ‘rule of law’ is a universal religion recognized by 189 countries, including India. If the sun does not rise, then what is the point of systems like the National Crime Records Bureau, which calculates the darkness?

Bukarayan: Reading in the Virus Year