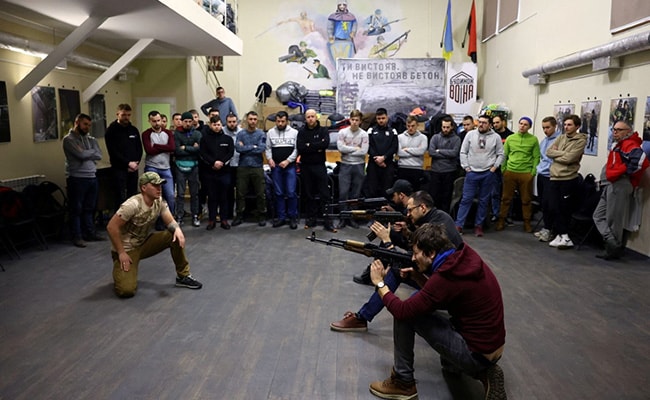 Ukraine War: Over 100,000 Ukrainian men have volunteered to fight since Russia invasion began.

Before Russia launched its assault on Ukraine, Andriy Senkiv was a pacifist who blogged about sport and had never held a gun in his life.

Eleven days later, the 27-year-old Ukrainian was learning how to handle an assault rifle with 30 other men in the western city of Lviv. Among them were salesmen, IT experts, a chef and a footballer.

“It’s very scary that, in the 21st century, skills that should have died out a long time ago are again in high demand,” said Senkiv.

Moscow calls the campaign it started on February 24 a “special military operation” and says it has no plans to occupy Ukraine, which is seeking membership of NATO and the European Union. 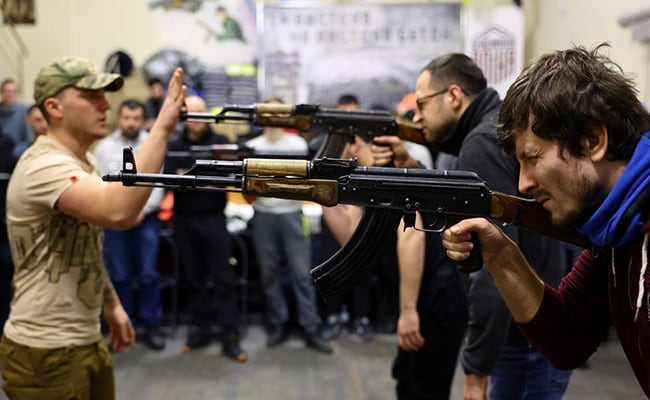 Asked if he was ready to fight and kill Russian soldiers, Senkiv said: “I won’t be ready, but I’ll do it.”

The training took place in the western city of Lviv, in a former Russian cultural centre that used to screen propaganda movies during the Soviet era.

Today, the building is known as Warriors House, its walls hung with portraits of Ukrainian soldiers who fought Russian-backed separatists in the eastern Donbass region in 2014.

Dennis Kohut, the trainer, fought in Donbass and is now a firefighter.

He began by laying three assault rifles on the table and explaining how they worked. He was about to cram weeks of basic training into a single Sunday.

“If even 10 men in this room pick up a gun and shoot Russian soldiers, then the training will be worth it,” he told news agency Reuters. 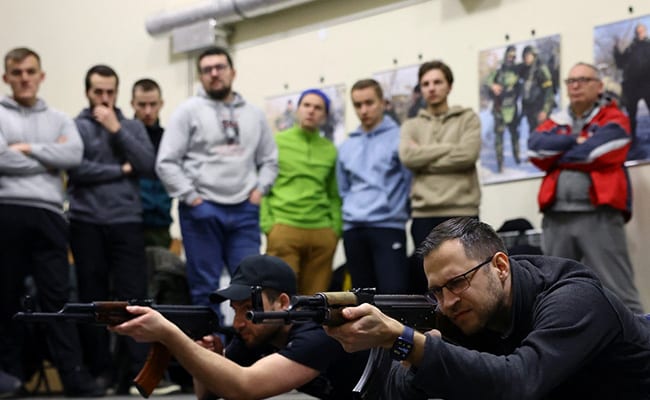 Raising his rifle, Kohut showed the volunteers how to stand correctly. “Your equipment is really heavy and you might fall over when you start shooting,” he said.

Kohut said he wanted to teach the volunteers “how not to shoot themselves or our soldiers.” The volunteers also learned how to lie flat and protect their heads during explosions, with Kohut whistling to mimic the sound of an incoming shell.

More than 100,000 Ukrainian men have volunteered to fight since Russia began its campaign, according to the National Guard of Ukraine.

The volunteers watched intensely throughout, aware they might soon be sent to the front as the fighting escalated or ordered to protect Lviv city from attack.

Yaroslav Durda, 37, an IT project manager who received some military training at university, was still hoping that diplomacy or a NATO no-fly zone might halt the Russian advance.

However, if the war continued, Durda said he would leave his wife and 8-year-old daughter and head to the front.

“It’s our land and we have to protect it,” he said.