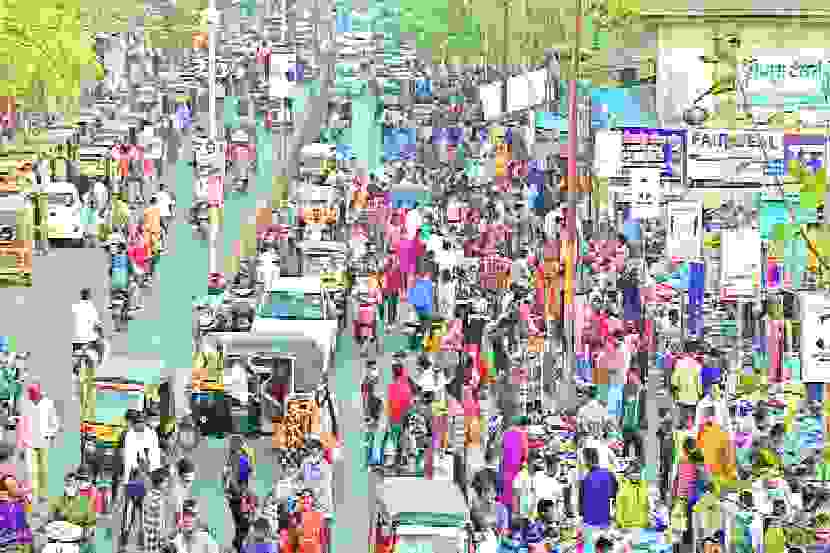 Navi Mumbai: The rules laid down by the state government in crowded places like APMC market, retail market, railway station, weekly market, religious places, liquor store, bus stand, mall, shops are being widely used. Daytime curfews and night curfews are not taken very seriously. Therefore, daytime congestion and nighttime free communication continue. Therefore, the number of patients is likely to be four times more than the number of patients tested by the municipality.

Private hospitals and clinics in the city are flooded with complaints of cold, cough and fever. There is a picture that doctors are also giving medicines for this disease after checking from a distance. The doctors of the municipality said that the number of hidden patients is high as the Union Ministry of Health has announced that citizens should not be tested except for those who have come in contact with patients. Navi Mumbai Municipal Corporation has also taken some strict measures as the number of corona patients is increasing in the state. It has decided to restrict the building area if more than 25 patients are found in the same building or area. The municipality has increased the number of corona tests to 15,000 tests daily. However, the number of patients who have not been tested but are likely to have corona is higher. The number of people running away from the test is also significant as there is a widespread belief that testing is a corona. Therefore, although there are 2,000 patients in the Navi Mumbai Municipal Corporation area at present, this number is likely to be between 7,000 and 8,000.

In it, the Union Ministry of Health has instructed the citizens who have come in contact with Corona patients, except fellow patients or senior citizens, not to take the test. That is why there is a lot of people around the city. Private clinics in the city are overflowing with patients. They are treating colds, coughs and fevers.

The post Crowd during the day in Navi Mumbai, free communication at night appeared first on Loksatta.

Interpretation: A test bigger than a test

Initiatives to prevent infection from APMC