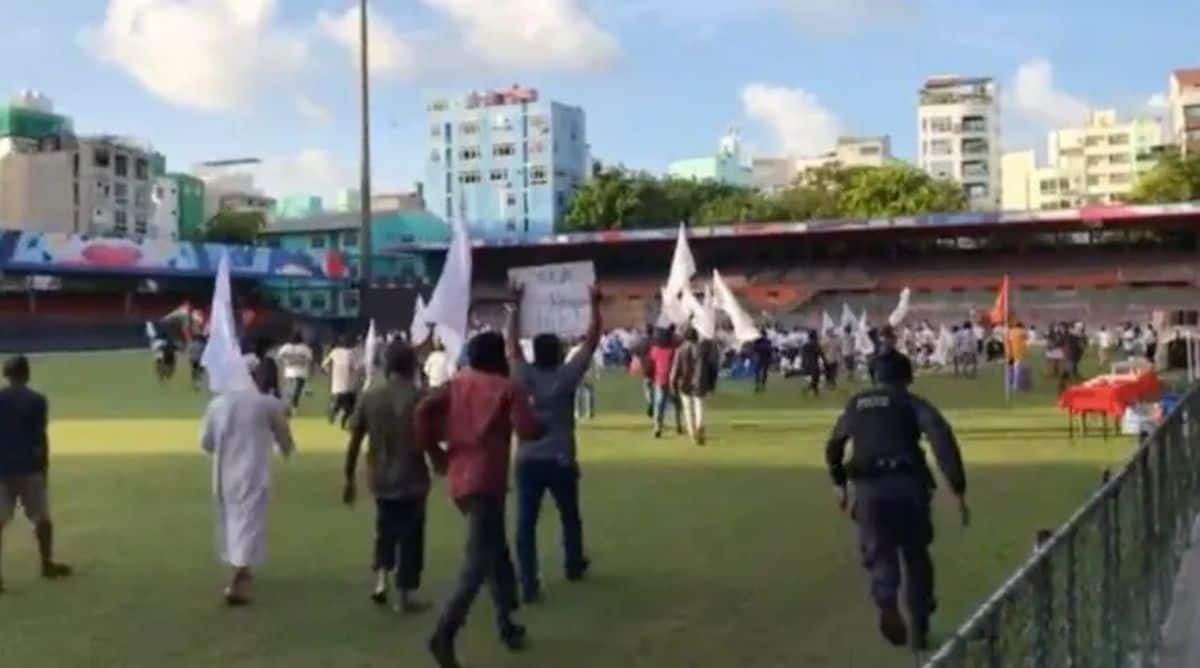 Crowds stormed the Maldives on the occasion of International Yoga Day. The event was organized by the Indian High Commissioner in Mal माल, the capital of the Maldives. Protesters flashed anti-Yoga Islam posters before the event began. According to the Maldivian news agency The Edition, yoga is tantamount to worshiping the sun and is anti-Islamic.

The one-hour program was organized by the Indian Cultural Center in association with the Union Ministry of Youth, Sports and Community Empowerment on the occasion of International Yoga Day. The event could not be completed due to the intrusion of the crowd.

The protesters were carrying banners and shouting slogans. The protesters demanded immediate closure of the Yoga Day program and evacuation of the ground. Some people present at the event have accused you of intimidation.

The event was attended by several ambassadors, government officials and ministers from the Maldivian government when the mob infiltrated.

The video shows a crowd carrying sticks and flags as yoga begins on the ground. Protesters also vandalized the venue. Before the situation worsened, the police intervened and regained control. Police in riot gear stormed a rally on Friday, removing hundreds of protesters by truck.

Meanwhile, the government has said that an inquiry will be held into the matter.

The Maldives was among 177 nations that voted in favor of co-sponsoring a UN resolution to celebrate June 21 as International Yoga Day.