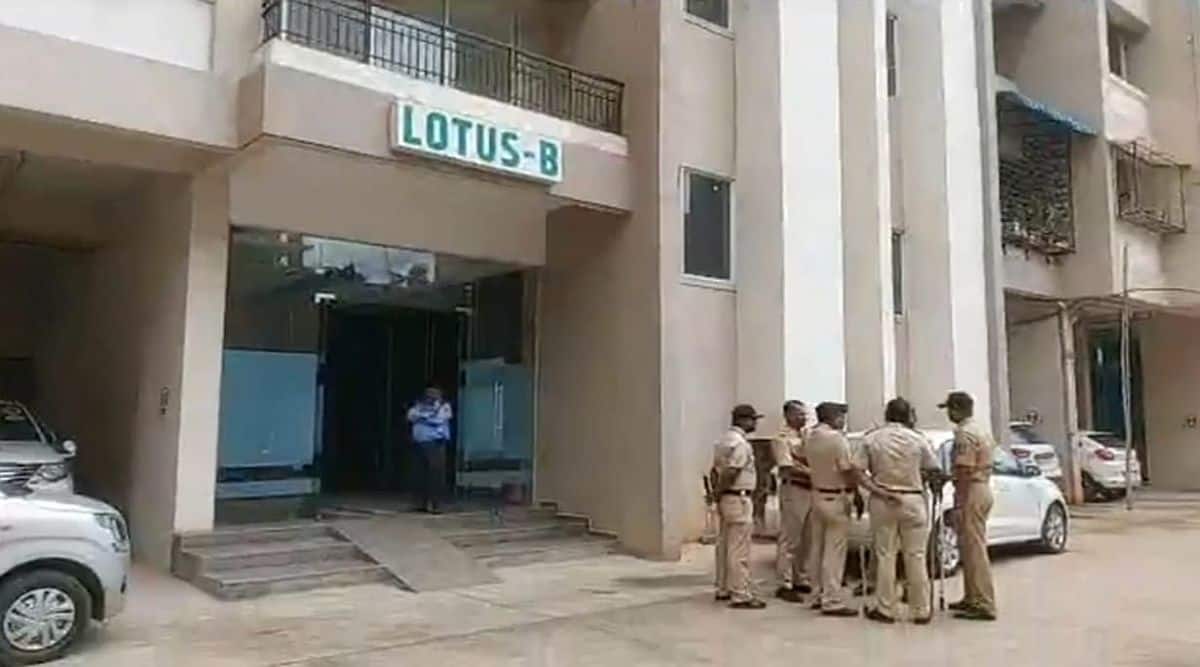 Ambernath: After Urban Development Minister and Shiv Sena leader Eknath Shinde walked out of the contact area on Tuesday, his pro-Khande MLA from Thane district, Dr. Balaji Kinikar has also been out of contact since Monday night. Therefore, Dr. Talks with Kinikar Eknath Shinde are in full swing. However, his relatives did not confirm this. However, as a precaution, the Shivajinagar police of Ambernath arrested Dr. Police have stepped up security outside Kinikar’s house.

The state’s urban development minister and Shiv Sena leader Eknath Shinde, who dominates the Thane district, has lost contact with the state. What is special is that even his supportive MLAs have gone out of touch. MLA of Ambernath assembly constituency in Thane district Dr. Balaji Kinikar is also out of contact area. He has not been contacted since Monday night, sources close to him said. Therefore, Dr. It is more likely that Kinikar went with Eknath Shinde. As a precaution, Dr. Shivajinagar police in Ambernath have beefed up security outside Kinikar’s house. Circle Four Deputy Commissioner of Police Prashant Mohite along with Local Assistant Commissioner of Police Jagdish Satav and Shivajinagar Police Station Senior Inspector of Police Madhukar Bhoge on Tuesday inspected the site. Dr. Kinikar lives in the Nature Green Society on B Cabin Road, east of Ambernath.

MLA for the third time with the blessings of Shinde

Dr. who is away from politics and is a doctor by profession. Balaji Kinikar entered the assembly as the new face of Shiv Sena in the 2009 assembly elections. He had great support in his first election. However, in the subsequent two assembly elections, Dr. Kinikar was indirectly opposed by a section of the party. Even after that, Dr. Kinikar was elected by a wide margin. Eknath Shinde and local MP Dr. behind his victory. Shrikant Shinde had a big share. Under his leadership, Dr. Kinikar is working. Dr. living a very simple life. Kinikar is known in the constituency for behaving like an ordinary worker.