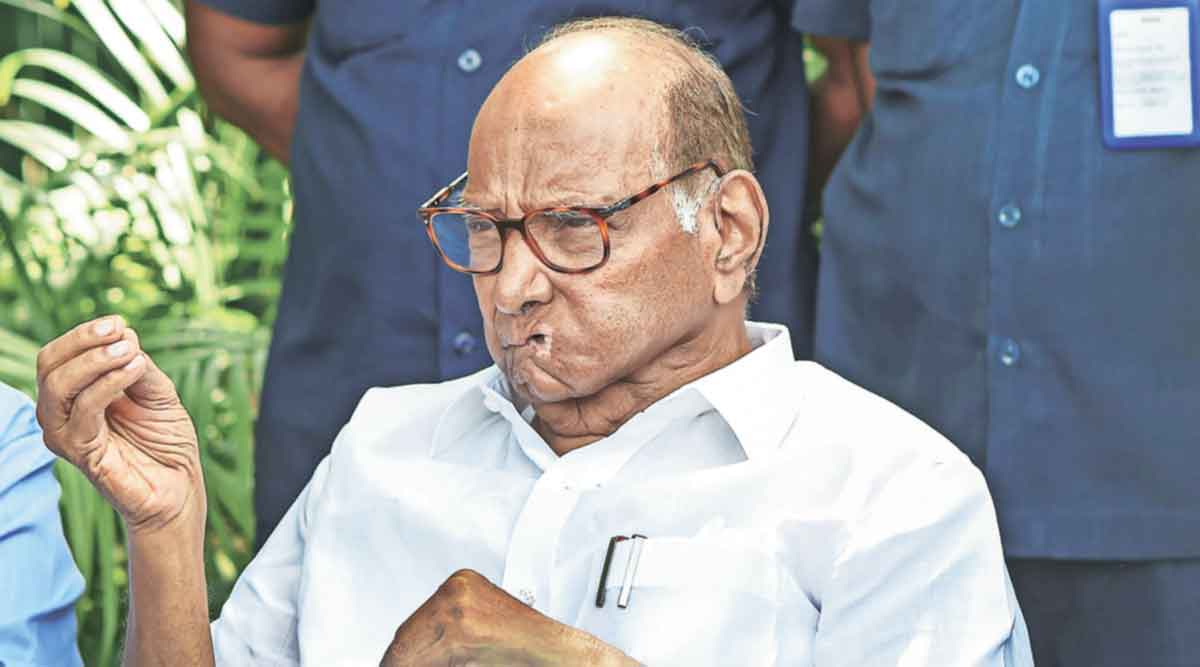 New Delhi: Explaining that the revolt against the party by Shiv Sena leader Eknath Shinde is an internal matter of Shiv Sena, NCP President Sharad Pawar refrained from commenting further on the revolt in Shiv Sena. However, the constituent parties of the Mahavikas Aghadi have faith in the leadership of Chief Minister Uddhav Thackeray and will find a way out of this political crisis, Pawar said.

The Mahavikas Aghadi government has been in power in the state for the last two and a half years. Eknath Shinde’s revolt is the third incident of divisive politics. Two and a half years ago, when the Mahavikas Aghadi government was being formed, some MLAs were kept in hotels in Haryana. In the Legislative Council elections held on Monday, it was seen that there was an attempt to blow up the MLAs from the constituent parties. In the Legislative Council elections, the votes of the NCP have not split. Our party’s MLAs voted following party discipline. However, MLAs from other constituent parties did not follow this discipline, Pawar said, adding that he also indirectly criticized Shiv Sena, Congress and BJP.

In the Legislative Council elections, two candidates each from NCP and Shiv Sena won, but one Congress candidate lost. We will discuss this defeat among the constituent parties. However, it is not new for ruling MLAs to vote for candidates of other parties. In the last fifty years, I have often experienced ‘cross-voting’. However, I have seen the state government survive, said Pawar.

Pawar said that he had not talked to Eknath Shinde or his supporting MLAs. On the question of whether the NCP will form a government by forming an alliance with the BJP if the Mahavikas Alliance government falls, Pawar refrained from answering the question directly.

Discussion of Fadnavis with Shah-Nadda

Leader of Opposition in the Legislative Assembly Devendra Fadnavis had rushed to Delhi on Tuesday morning to brief him on the political developments in the state. Fadnavis called on Union Home Minister Amit Shah and BJP president J. P. It is understood that Fadnavis left Delhi after discussing with Nadda. Shah called on Nadda at his residence in connection with the rapidly changing situation in Maharashtra as well as his candidature for the presidency. The two leaders later went to the residence to meet Vice President Venkaiah Naidu. Prime Minister Narendra Modi As the G-7 summit will be held in Germany, it is expected that a decision will be taken immediately regarding the BJP’s presidential candidate and the politics of power in Maharashtra.