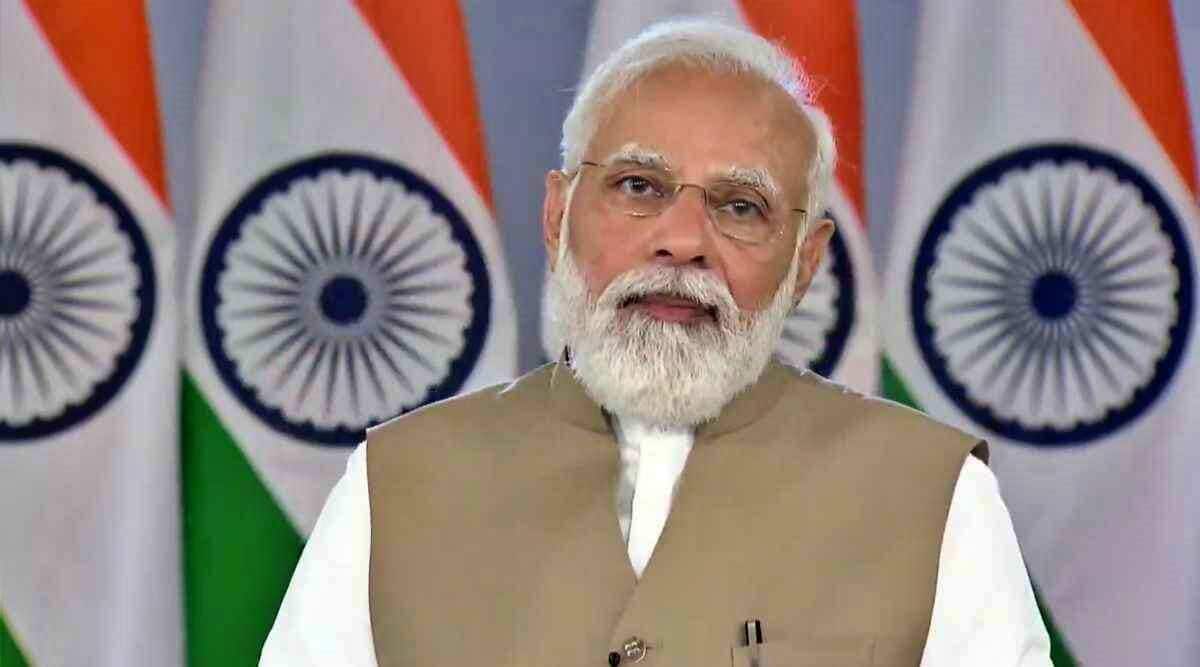 The announced aid package of Rs 20 lakh crore would have been better if it was really that much, but in reality this aid was based on earlier plans.

Vaccinate the youth on the battlefield; This message of Prime Minister Narendra Modi should be said to be very valuable. Exactly years ago, India was waiting for vaccination during this period. We started it on the eve of Sankranti and testified that vaccination of all Indians would be completed by 31st December. Of course, like many government targets, our targets have not been met. That fact must be taken into account. ” The meeting came at a time when the number of coroners is reaching a seven-month high in the country. So this advice is even more important. Another meeting was decided at this meeting. This meeting will be with the Chief Minister. After guiding the ministers and officials in the meeting on Sunday, the Prime Minister will now tell the Chief Minister about the four tricks of corona handling. The prime minister has been accused of remaining silent during the second wave, so his initiative is important. The Prime Minister appears to be actively involved in corona handling at this time against the backdrop of the corona manipulation that took place at around 3pm and the government’s reputation was tarnished. Hence the importance of these meetings. The meeting of the Prime Minister took place at a time when senior citizens and medical staff were starting to pay more. Following in the footsteps of the Prime Minister, Health Minister Mansukh Mandavia will also give the mantra of handling Karona to the Minister of State for Health. Following the meeting of the Chief Minister. However one issue still seems to be absent from this meeting festival of corona restrictions.

It is to provide new financial assistance to the victims of this epidemic. There was a long delay in providing this aid last time. For that, the finance ministry had to face criticism and that criticism was justified. After that, Finance Minister Nirmala Sitharaman announced financial support by hitting press conferences every day for a week. In the beginning, it created the impression that a lot of people would find a lot. But even that turned out to be virtual. The aid is said to be 10 per cent of India’s gross national product. It was claimed that the aid would be worth about Rs 20 lakh crore. If it really was, it would be equal to the total tax revenue of the Center in the financial year 2020-21. But it was soon revealed that the aid was in fact an attempt to present the same plan together. Compared to that time, the number of Corona patients seems to be increasing rapidly. However, the number of patients admitted to the hospital and in need of oxygen is significantly less than at that time. That means more spread of the epidemic. But less urgent patients, this picture. So it is true that the state of emergency is no longer as it was last year.

However, there is no denying that the economic situation is worrisome due to a series of sanctions. This is because the spread of the epidemic is so rapid that in the last 24 hours, nearly 2.5 million people have been affected by the Corona. This spread has led to the imposition of restrictions at the local level, which will have a serious impact on the economy. For example, in the last few days, the number of air passengers has dropped by 25 per cent. Hotels, cosmetics, wedding ceremonies, cultural ceremonies are not yet banned. But there are restrictions on the number of participants. This will have a direct effect on those who are dependent on it. In such a case, the Center is required to declare separate financial assistance at the same time. At a time when the Prime Minister was reviewing the Corona proliferation at a high-level meeting, President Joe Biden in the United States was providing तब्बल 1 trillion, or about Rs 75,000-80,000 crore, in aid only to micro, small and medium enterprises. In the current wave of the Corona, the US government has begun efforts to re-establish itself by providing capital to industries whose businesses have survived. The United States, with a population of about 32 crore, had earlier announced about Rs 150 lakh crore in aid to the ailing economy. Germany, which is smaller than Maharashtra, provided an additional Rs 45 lakh 19,800 crore to the economy. The idea behind all this was that the industry should get as much capital as it needs and the economic cycle should continue.

We have to admit once again that we have not had such and such an effort. All we had to do was think about how the supply would turn out. But if there is no demand in the capital, then the supply will be uninterrupted. As a result, the market has everything, but there is no demand for demand. Its side effects still persist. Even the latest report from the central government agrees. He also proudly mentions that in the coming financial year, our economy will be 9.2 percent. But at the same time, there is still no increase in demand, he admits. This means strengthening the healthcare system as well as the economy to cope with the current Corona Lathes. But we still don’t see any movement in that regard. During his last visit to Karona, the Prime Minister called for ‘Jaan hai, to jahan hai’. The problem now is that she survived, wherever she survived, but those who were left wondering what to do next. Last week, in an editorial in ‘Jaan, Jahan, Job’ (January 5), Loksatta raised the issue of rising unemployment. It said unemployment in the country’s cities was rising by 10 per cent. But in the latest wave of the Corona, it is as true as the sun that the number of unemployed will continue to rise, even if the restrictions continue to grow or remain as they are. In order to prevent this from happening, small and large enterprises need to make efforts to get immediate financial assistance so that they do not die. The budget has been tabled in just three weeks from today. Budgeting will be a great moment for these efforts. The current wave is a new opportunity for the central government to regain what it lost in the last two waves. ERV Prime guides how to transform challenges into opportunities. This is the moment to actually carry out this guidance to others. It should be done by the government. Otherwise, this ‘meeting festival’ would be called nonsense!