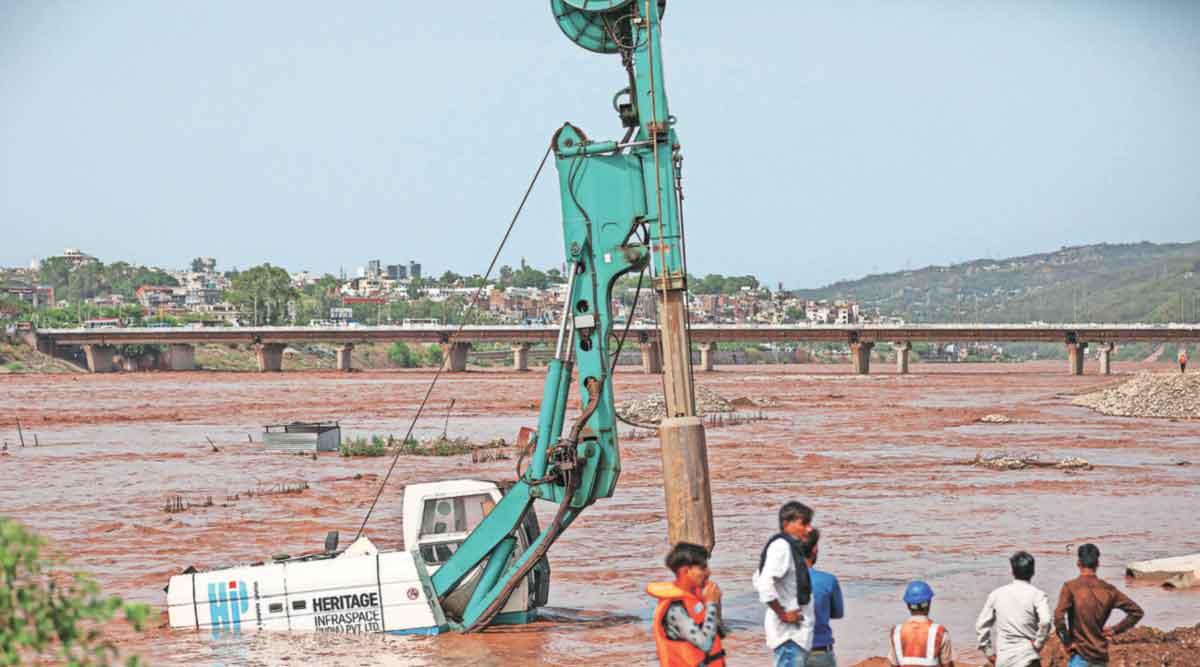 Part of the Jammu-Srinagar National Highway was washed away, causing traffic jams

Srinagar: Heavy rains have lashed many parts of Jammu and Kashmir. As a result, 150 feet of the bridge under construction on the important Jammu-Srinagar National Highway has gone under water. Meanwhile, hundreds of vehicles were stranded in Ramban and Udhampur districts on Wednesday as the highway was closed for the second day in a row due to landslides.

The landslide also closed the Mughal road connecting Poonch and Rajouri districts of Jammu division with Shopian district of south Kashmir, officials said. A police official said that part of the Peera bridge under construction on the highway was washed away due to torrential rains. About 150 km of the Jammu-Srinagar highway was washed away near Toldi Nala, about 16 km from Udhampur city. Work is underway to repair the road that was washed away by the floods on the Tawi River. No casualties were reported.

A transport official said the Jammu-Srinagar highway was closed due to landslides in several places. A house collapsed in Ramban district. No casualties were reported. Police in riot gear stormed a rally on Friday, removing hundreds of protesters by truck. The Doda district administration has warned of danger in many hilly areas of the district. The area where the Jhelum River flows above the danger level has also been flooded. In Srinagar, Tuesday was the coldest day in 50 years in June, an official said. The Chenab River and its tributaries and the slopes and slippery areas of Ramban and Doda districts have been warned of the danger, officials said. Heavy rains in the Ramban-Udhampur division caused landslides at more than 30 places on the Jammu-Srinagar National Highway, closing the 270-kilometer highway for the second day in a row on Wednesday.