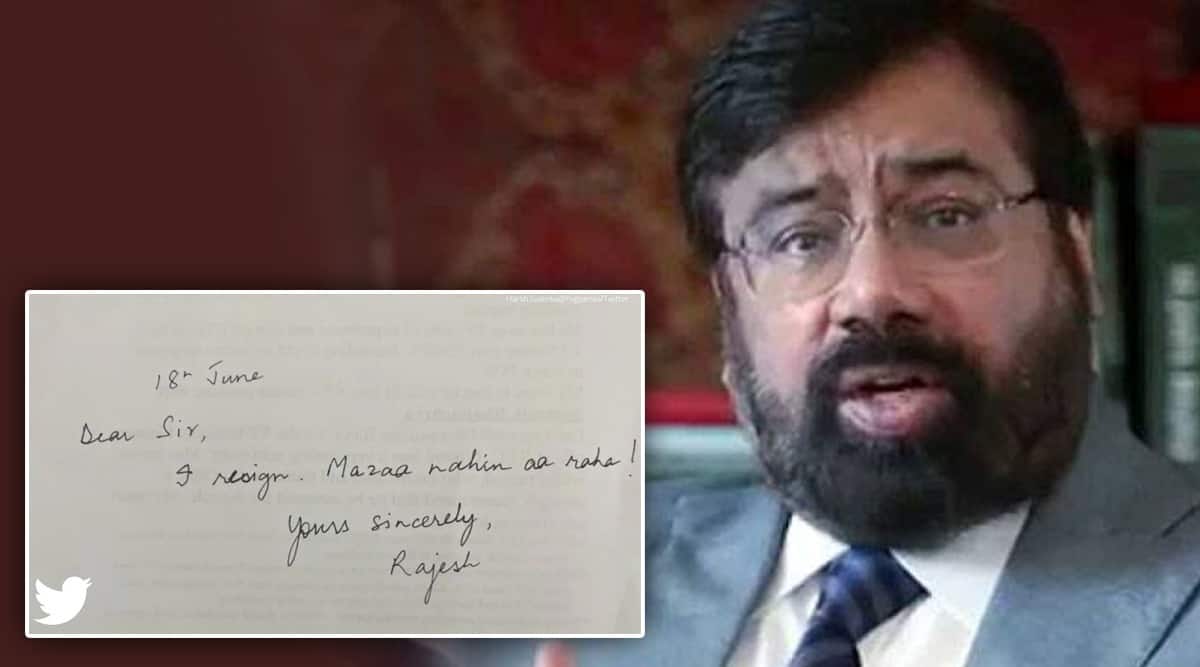 Some people work for money, while others find that job satisfaction is more important than money. You may have seen many people quit their jobs because of pressure from their superiors or because of overwork. However, an employee of industrialist Harsh Goenka has resigned due to lack of fun at work. Not only that, in his resignation letter he has written ‘I am not having fun’. His letter is currently being discussed on social media. Goenka himself shared the letter on his Twitter account.

Photo shared by Harsh Goenka
This employee works in the company of famous industrialist Harsh Goenka. His name is Rajesh. Goenka himself shared a photo of Rajesh’s resignation on Twitter. In it, Rajesh has explained in simple language why we are resigning. In his resignation, he has written, ‘Dear Sir, I am resigning, I am not having fun! He resigned on June 18. Goenka shared a photo on Twitter saying that this is a serious problem and should be considered.