Eknath Shinde vs Shivsena: Of Shiv Sena Rebel leaders Eknath Shinde The number of Shiv Sena MLAs in his group is increasing. Chief Minister Uddhav Thackeray He expelled Eknath Shinde from the post of group leader in a meeting of supporting MLAs. After that, the Shinde group sent a letter to the Deputy Speaker of the Assembly and gave the letter of appointment of Eknath Shinde as the group leader. Also released photos, videos, letters of support from MLAs from Guwahati. After this, senior leader of Mahavikas Aghadi and NCP president Sharad Pawar became aggressive and warned the Shinde group that they would have to come to Mumbai and prove their majority in the legislature, not from Guwahati. Against this background, today is the day to review all the updates of the day. 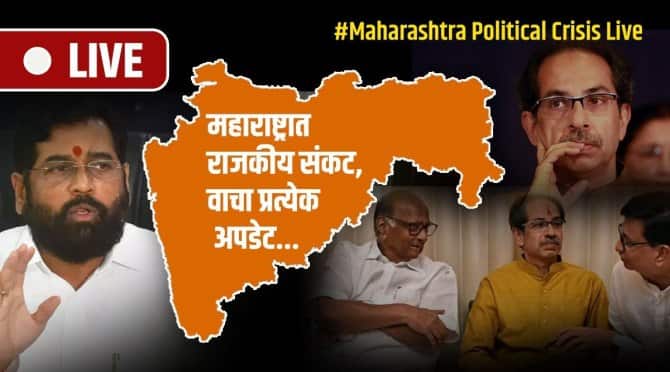 The political crisis in Maharashtra continues for the fourth day. The number of Shiv Sena MLAs in the group of Shiv Sena rebel leader Eknath Shinde is increasing.