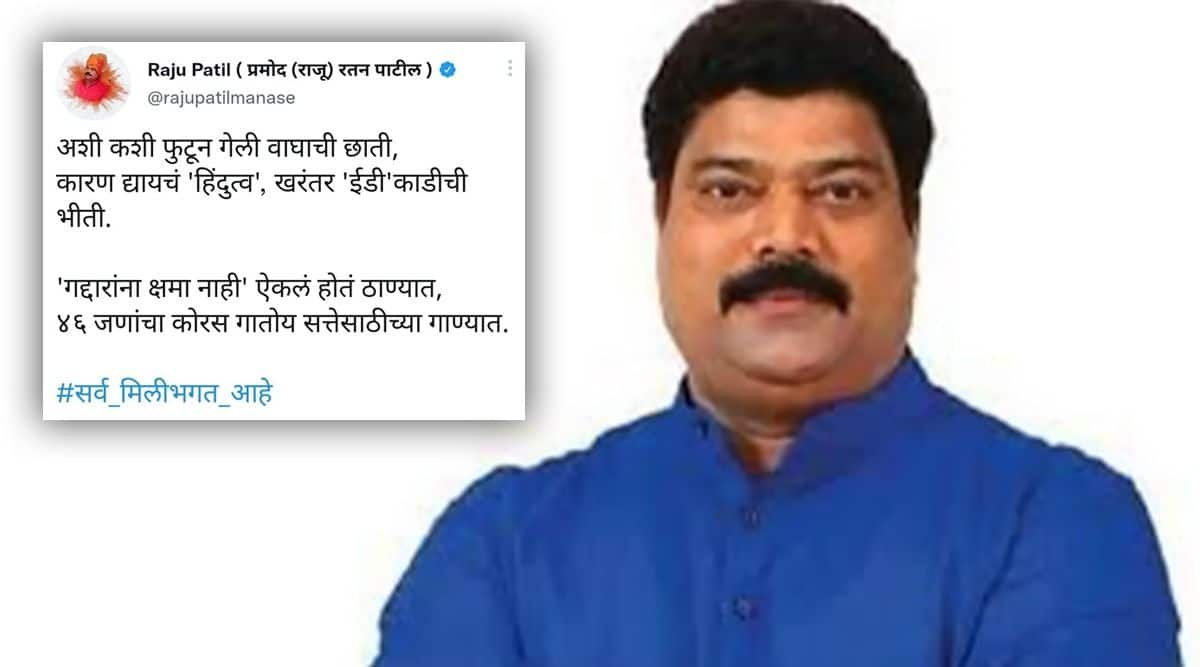 Come on. Patil says in his tweet, ‘How the tiger’s chest is broken, because of’ Hindutva ‘, in fact, the fear of’ ED ‘Kadi. There was no forgiveness for the traitors in Thane. The chorus of 46 people is singing in the song for power ‘.

For the last ten years, during the Assembly and Lok Sabha elections, Shiv Sena and MNS have always faced each other while campaigning in Kalyan rural constituency. Allegations, allegations were leveled. Since then, MNS MLA Pramod Patil has been criticizing Shiv Sena. Now come before MNS. Eknath Shinde, who was criticizing Patil on partisan and personal level, split from Mahavikas Aghadi. There is ample opportunity to criticize Patil.

In the last two to three months, MNS chief Raj Thackeray criticized the Mahavikas Aghadi, its leaders and ministers at public meetings held in Mumbai, Thane and Pune. After these meetings, the discussion that MNS has started following BJP had started in the political circles, in the minds of the people. When the party chief said that he was criticizing Shiv Sena, Mahavikas Aghadi leader and minister, MNS’s only MLA. Pramod Patil has also started broadcasting on Twitter for the last two days on the occasion of mutiny in the army. Earlier in this Twitter broadcast. Patil was being responded to by Shiv Sena. Social media says that this is not the case now.