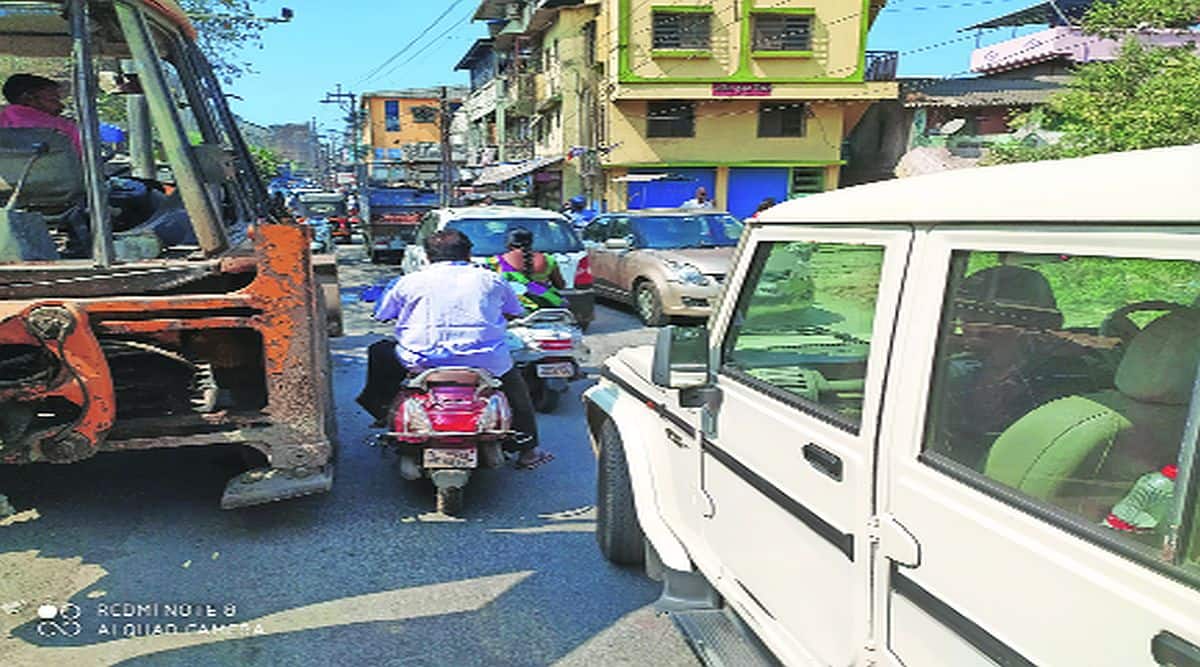 Panvel: No entry has been imposed on reaching Panvel Siva Highway under the flyover to break the traffic jam under the flyover connecting Kharghar colony and Kopra village. The notification was issued after the Navi Mumbai Traffic Police called for objections till June 21. The notification was expected to be implemented from Tuesday but it does not appear to have happened. Although the traffic police have taken steps to clear the way for the continuous traffic congestion, the villagers of Kopra village will have to take detours from Kharghar Hiranandani Chowk and under the flyover at Kalamboli Road to return to the village.

Kopra village is in the center of Kharghar colony. The Siva Panvel Highway passes through the belly of the village and the colony. Sector 3 to 40 in the colony is on one side of Siva Panvel Highway and Sector 1 to 10 is on the other side. Official Hiranandani Chowk, Kopra Bridge and Belpada Bridge are the three options available for travelers to reach both these areas of the colony. But for many years, due to the rush of people going to work in the evening and in the morning, a large number of traffic jams are seen under the flyover. The traffic police has agreed that the issue will be resolved if restrictions are imposed on vehicles coming from Kharghar Sector 11 across the highway to Sector 10 due to daily hassles. Legal action has been taken in this regard and if this is implemented, the issue of Kondi will be resolved. This route has been removed as vehicles are wasting fuel for several minutes in Kondi. But due to this detour, the driver from Kopra village will have to take a detour under the flyover at Kalamboli Roadpali to get home from Demart shop in Kharghar.