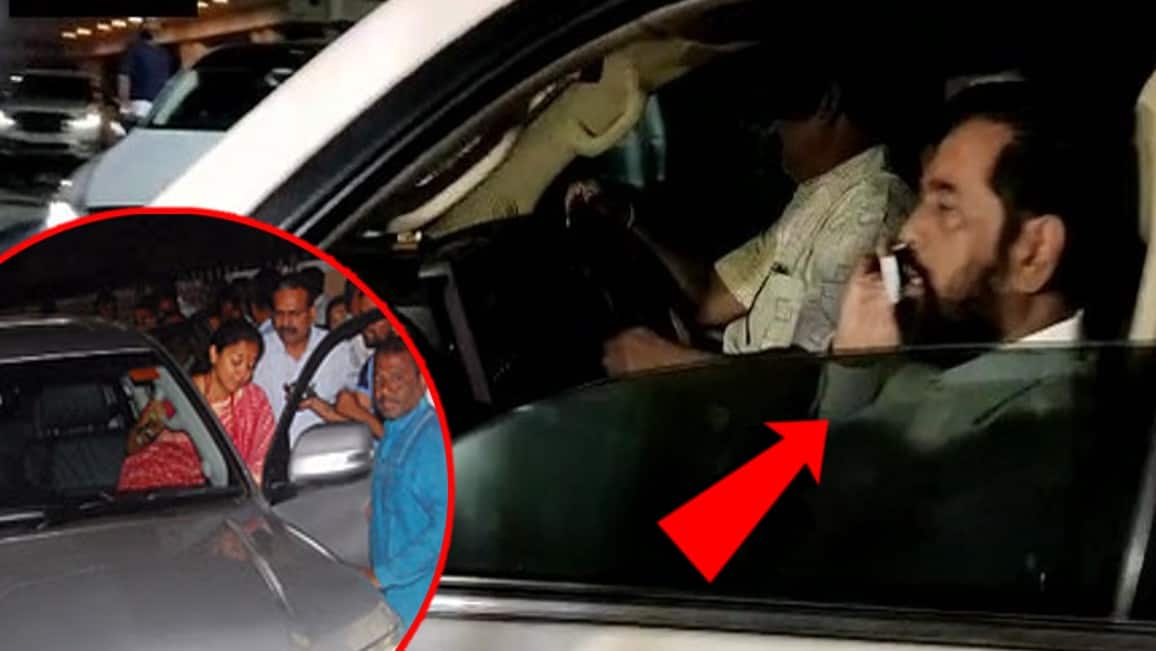 While the political situation in the state has gained momentum after the results of the Legislative Council, information is coming to light that Shiv Sena’s second-ranked leader Eknath Shinde is ‘not reachable’. Shiv Sena has been trying to contact Eknath Shinde since last night but no success was achieved till 9 am. Meanwhile, the media has reported that Eknath Shinde is now in Gujarat. However, no concrete information has come to light regarding the exact whereabouts of Eknath Shinde.

Exactly read >> Fadnavis to be CM again in next two months

It is said that Eknath Shinde was not in touch with Shiv Sena leaders even before the results of the Legislative Council were announced yesterday evening. Along with Eknath Shinde, 13 MLAs are also not in touch with Shiv Sena. Against the backdrop of these developments, at 12 noon, Chief Minister Uddhav Thackeray called on all Shiv Sena Meeting of MLAs on ‘Matoshri’ Has been called.

Vote split
Shiv Sena’s second leader and state Public Works Minister Eknath Shinde has not been in touch with 13 Shiv Sena MLAs since the results of the Legislative Council. It has been revealed that BJP got ten votes more than Rajya Sabha in the Legislative Council elections. It is noteworthy that during yesterday’s election, no one except Sachin Ahir spoke to the media. Except for us Padvi and Ahir, no leader has appeared in the media. Shiv Sena’s concern has increased as Eknath Shinde and 13 MLAs are no longer in touch with the party.

Shinde alip
Eknath Shinde was aloof from everything from the election process to the results of the Legislative Council. It has been reported that it is not recoverable since Monday. After realizing that Shinde and 13 MLAs are not reachable since Monday evening, a meeting was ordered instead of celebrating the winning candidates of Shiv Sena. A meeting of MLAs from Mumbai and surrounding areas was held with Chief Minister Uddhav Thackeray. Most of the Shiv Sena MLAs were present at this meeting. The meeting lasted until two o’clock at night.

Shinde in Gujarat? Increased hotel security
Attempts were made to contact Shinde before and after the meeting on Matoshri. However, Shinde could not be reached. In addition, now that the tune of the mobile service in Gujarati language can be heard on his phone, there is talk that he is in Gujarat and some news channels have reported the same. However, the exact location of Shinde is not known. It is also reported that the security of La Meridian Hotel, where the Shiv Sena MLA has been staying since last night, has been beefed up.

Supriya Sule and Jayant Patel met
Meanwhile, NCP state president Jayant Patil and MP Supriya Sule met Jau Uddhav at Varsha Bungalow after receiving information that Eknath Shinde and his supporting MLAs were not reachable. Similarly, Uddhav Thackeray has called a meeting of all MLAs at 12 noon today. It will be important to see if Eknath Shinde attends this meeting. Matoshri has given clear instructions to all MLAs to attend this meeting.

Second shock in ten days
For the second time in 10 days, the BJP has pushed the Mahavikas Aghadi through this election. All the five BJP candidates have been elected in the Legislative Council elections. It is surprising that the BJP performed the miracle of electing five candidates when there were not enough votes to elect a fifth candidate. For the 10th seat, only two Congress candidates contested and the party’s first candidate Chandrakant Handore lost, while Bhai Jagtap won.

Shame on Shiv Sena
Shiv Sena has a strength of 55 and has the support of three independent ministers and some other MLAs. It was expected that Shiv Sena would get more than 60 votes. Both the Shiv Sena candidates got only 52 first choice votes. As the number of Shiv Sena MLAs is 55, it is clear that three votes were split. Assuming that the allied MLAs with the Shiv Sena cast their votes, the Shiv Sena may have lost more votes. Even though Shiv Sena won both the seats, due to the split of votes, it also brought disgrace on Shiv Sena in the Rajya Sabha and also in the Legislative Council elections.

Where is that opinion of NCP?
As Anil Deshmukh and Nawab Malik did not have the right to vote, the NCP’s strength was 51. With Khadse getting 29 votes and Ram Raje getting 56 votes, the NCP got five additional votes. The discussion started with the opinion of the allies of Mahavikas Aghadi or BJP.

BJP’s votes increased, it became clear that the government was not stable
With the support of 106 BJP MLAs and eight independents, the party got 123 first preference votes in the Rajya Sabha. The party has got 134 votes in the Legislative Council. One vote of Uma Khapre was rejected and 133 votes were officially cast. This means that BJP has got 11 more votes in the Legislative Council than Rajya Sabha. BJP has succeeded in splitting the votes of Shiv Sena and Congress. The BJP succeeded in strangling the disgruntled or disgruntled MLAs from the Congress and Shiv Sena in the secret ballot system. Deputy Chief Minister Ajit Pawar had predicted a miracle in the Legislative Council, but the BJP did the miracle. The BJP has taken steps in such a way that the government will be shaken by splitting the votes of Mahavikas Aghadi in Rajya Sabha and Legislative Council. As the strength of Shiv Sena, NCP and Congress MLAs is 152, the government will not collapse immediately due to these two results. But it is clear that the government led by Chief Minister Uddhav Thackeray is not strong or stable.

Sonia Gandhi at home from the hospital