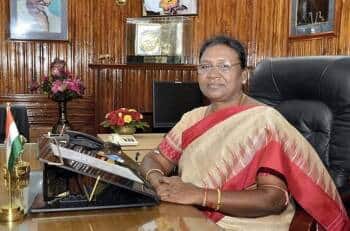 The presidential election is approaching. Voting will take place on July 18 and counting will take place on July 21. The names of the presidential candidates have been announced by the NDA and the Opposition. Draupadi Murmu’s name was sealed for the post of President at a meeting of the BJP’s Parliamentary Board. Presidential candidate Draupadi Murmu has filed his nomination papers at the Parliament House today. This time the Prime Minister Narendra ModiBJP leaders were also present.

Draupadi Murmu was the former Governor of Jharkhand. She is the first woman leader from a tribal community to contest India’s top election.

Madhya Pradesh Chief Minister Shivraj Singh Chouhan is the first proposer of Draupadi Murmu’s candidature. He tweeted thanking Draupadi Murmu for giving him the opportunity to sign the nomination paper. Murmu’s nomination paper has been signed at the residence of Union Minister Pralhad Joshi as proposer and supporter. Andhra Pradesh Chief Minister Jagan Mohan Reddy has also expressed support for Draupadi Murmu. His party did worse than expected from opinion polls, which saw them at gaining about a third of the seats.