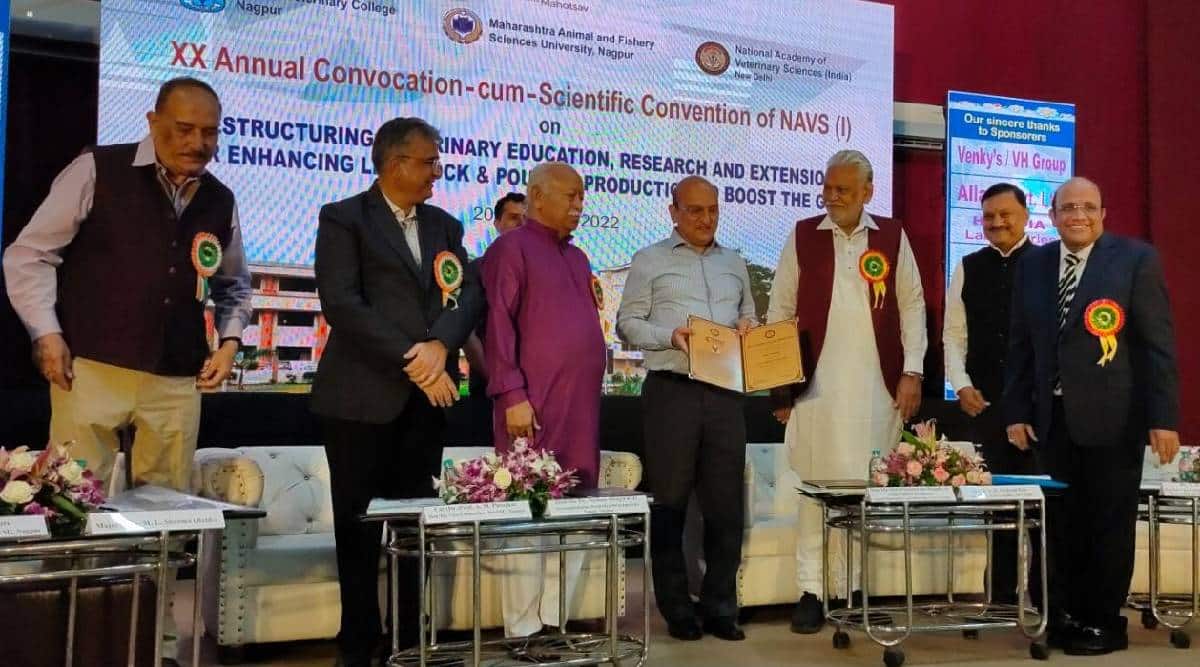 Although the RSS claims that the RSS does not interfere in politics, Sarsanghchalak Dr. In the presence of Mohan Bhagwat, Union Dairy Development Minister Parshottam Rupala asserted that the country’s politics gets its direction from the RSS.

He was speaking at a function organized at the University of Animal and Fisheries Sciences, Nagpur on the occasion of the 12th convocation of the National Institute of Veterinary Sciences.

He said that it is a matter of good fortune to be a volunteer of the Sangh. The politics of the country is guided by the teams under his leadership. She is influencing world politics.

Rupala’s statement above does not interfere in the politics of the BJP or the country, but contradicts the claims of the Sangh.