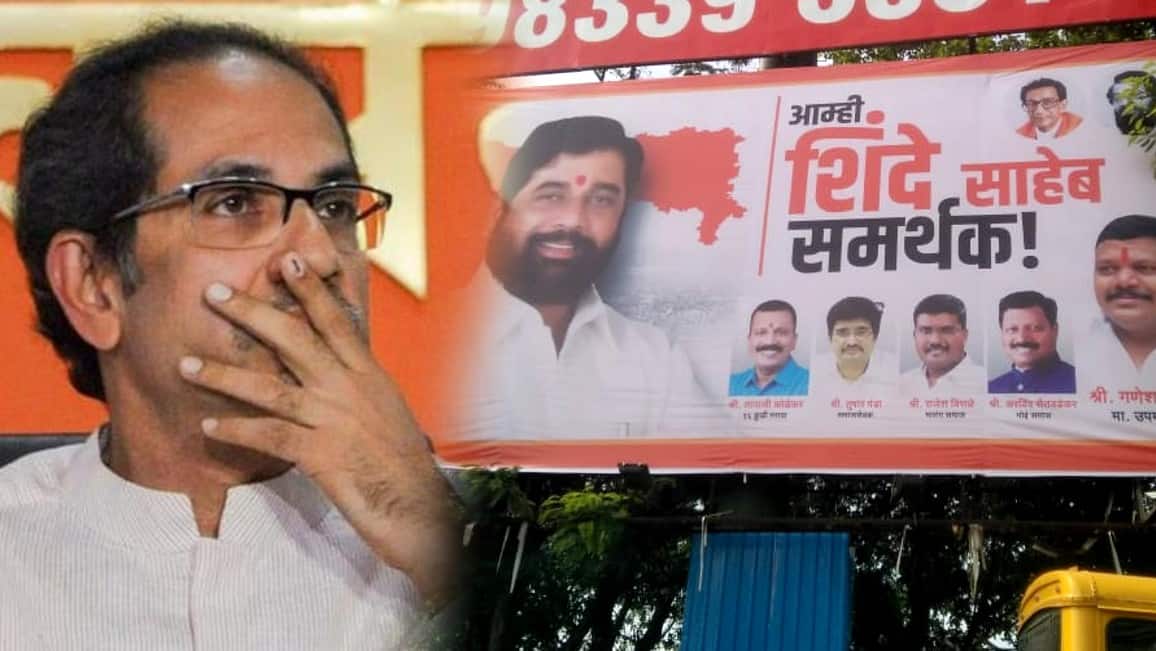 After the revolt of Shiv Sena leader Eknath Shinde, political repercussions are now beginning to emerge in Thane district, which is the stronghold of Shiv Sena. In Kalwa and Thane area, Shinde supporters have started putting up banners saying ‘Amhi Sahebansabat’. What is special is that the photos of Chief Minister Uddhav Thackeray are missing from these banners. However, photos of Shiv Sena chief Balasaheb Thackeray and Anand Dighe were affixed on the banner.

Proponents of her case have been working to make the actual transcript of this statement available online. Some of Shinde’s close associates are said to be with him in Guwahati. That includes some former corporators. Meanwhile, after Shinde’s revolt on Tuesday, there was a lull in Thane district.

Anand Ashram at Tembhi Naka is crowded with Ervi Shiv Sainiks. But yesterday the place was not very crowded. However, as banners in support of Shinde were hoisted in Thane and Kalwa areas on Wednesday, there are indications that a direct battle between Shiv Sena and ‘Shinde Sena’ will start now. Demonstration program has been organized by District Branch in Navi Mumbai. All eyes are on which Shiv Sena leaders are present at this demonstration.