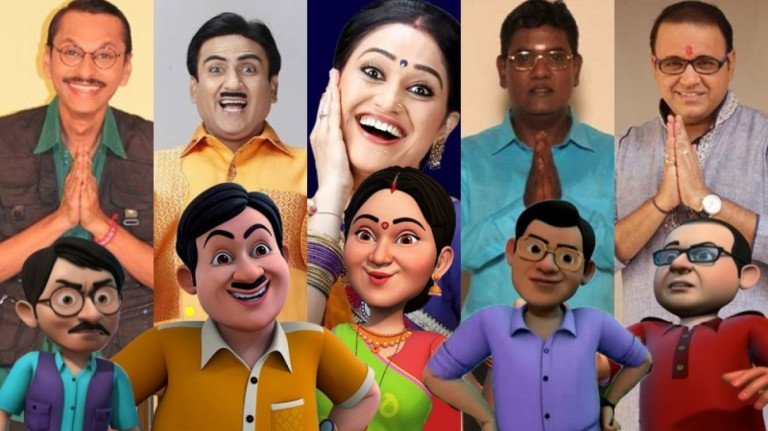 The series ‘Taarak Mehta ka Ooltah Chashmah’ is very popular on the small screen. Now the series is about to launch in a new incarnation.

Jethalal (Dilip Joshi), Tappu Sena and all the neighbors of Gokuldham but the whole show will be in ‘animated’ format. The animated show is based on the world’s longest running comedy television show ‘Taraq Mehta Ka Ulta Chashma’.

Launched in 2021, the same animated show has 2 seasons so far. In the animated series, the characters of Gokuldham Society are portrayed in a unique, comic form and they are very popular even among children.

Asit Kumar Modi has produced the show Tarak Mehta Ka Ulta Chashma. Asit Kumar Modi said, “It is clear that if your story is good, it can be brought in different incarnations on many platforms.

According to reports, last month, ‘Taraq Mehta Ka Ulta Chashma’ was declared the most searched television show in Hindi on his Fire TV device.

More than 3300 episodes of this series have been completed so far. Also, a series called ‘Gokuldhamchi Duniyadari’ in Marathi and ‘Tarak Mama Ayo Rama’ in Telugu is being aired.