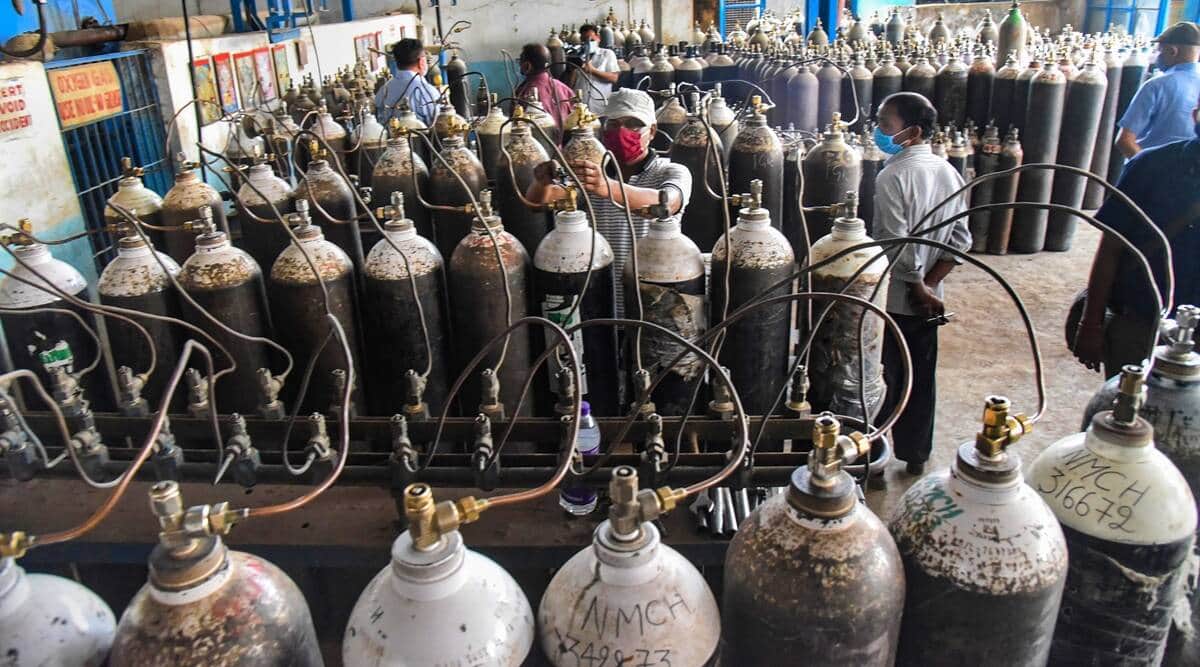 Parbhani: Considering the shortage of oxygen in the district, as a viable option, the oxygen system at the thermal power plant at Parli was rushed to the Zilla Parishad building premises. Fifteen days later, it is still not operational. There is no way to understand the reason for this delay.

While the demand for oxygen is increasing here, the system at the thermal power plant at Parli as an immediate measure. On the evening of 18th April, the vehicle was brought to the premises of Zilla Parishad building. The vehicles had left Parli and headed towards Parbhani at 3 pm. Until then, the space required for the installation of tanks was created. The vehicles reached here in the evening of the same day. Efforts were being made on a war footing to install this system.

Once the system is operational, all Kovid centers in the city are expected to receive the required oxygen. The role of Divisional Commissioner Sunil Kendrakar was crucial in bringing the relevant system from Parli to Parbhani. They worked hard and played a vital role, but the oxygen system was not yet operational. The system has a capacity of 50,000 liters of oxygen per hour and has two tanks of 10 KL. It will produce oxygen 24 hours a day and has the capacity to produce 600 large cylinders daily.

The district administration had to carry out the exercise of ordering oxygen tankers from Chakan, Bellary and Rajeshwari against the backdrop of shortage of oxygen in the district. In the last week of last month, the district was experiencing severe shortage of oxygen. At the same time, 18 KL from Chakan, 18 KL from Bellary and 14 KL from Rajeshwari (Hyderabad) were available at the same time. Against this backdrop, the administration had to follow suit with due diligence. The daily oxygen requirement of the district is about 17 tons. The work started a few days ago in the newly constructed Zilla Parishad building area. It is learned that it will still take a few days for the system to become operational. If this system is completed immediately, the rush for oxygen will be reduced.

The post The oxygen project in Parbhani is still stalled appeared first on Loksatta.

Those who do not give an account of Remedesivir

What is the charge against MLA Sanjay Shirsath?