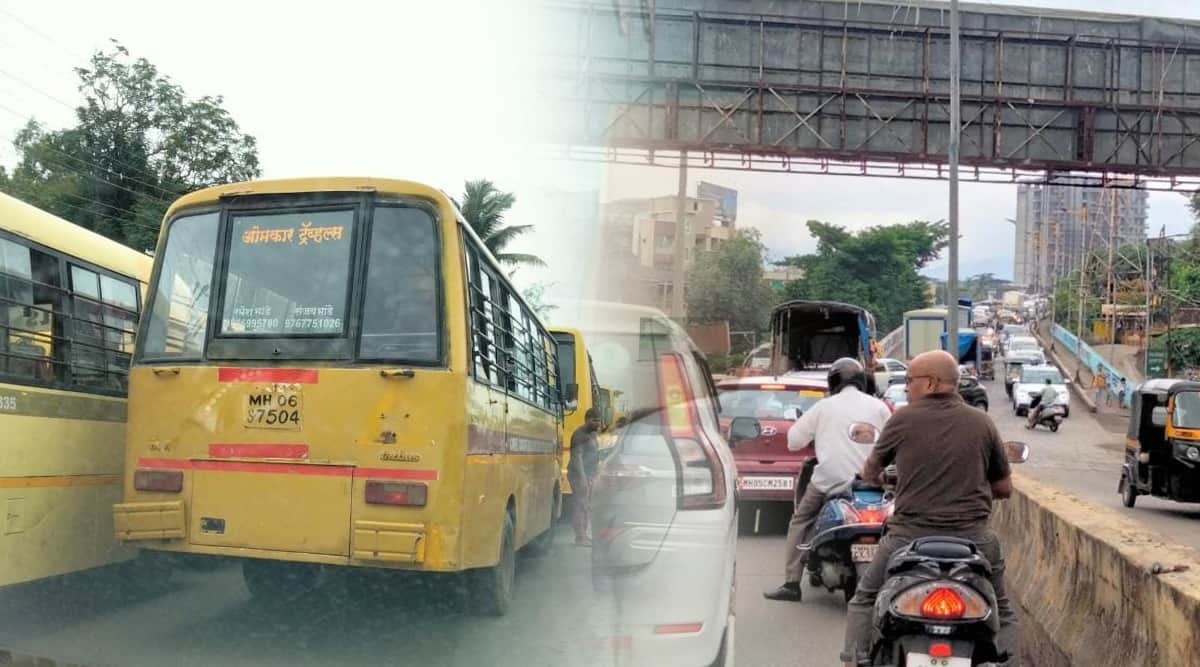 Badlapur: On the first day of the week, there was a traffic jam in Badlapur city. The only flyover in Badlapur had been in a traffic jam since 12 noon. On the Katai-Karjat state highway passing through the eastern part, a large number of vehicles got stuck in front of Carmel School. The school bus was parked on the road, causing traffic congestion. Its cut was a major blow to motorists passing through the Karjat state highway. What is special is that the traffic police who were inspecting the ERV vehicles were missing.

Although most of the schools in the state started last week, many classes started on Monday. The school bus business also started after the regular school started two years later. However, due to this school bus in Badlapur city, Katai Karjat state road was closed. There is a caramel school on this state highway passing through Badlapur East. The school buses were parked on the route from Badlapur to Katai around noon on Monday. As a result, two-thirds of the road was covered. Parents who had come to drop off their children had parked a large number of vehicles on the road. Also, rickshaws were parked on the side of the road. As a result, other motorists passing through here had to suffer unnecessarily. This vehicle caused a lot of congestion in this chowk. The queue of vehicles reached directly from the Carmel School to the old Katraj petrol pump. This affected the road leading to Karjat. There is a large crowd of traffic police checkpoints near Carmel School on the ERV route. However, no traffic police was available at the spot on Monday. So the driver was solving the traffic jam on his own.

'Muslim girl over 16 can marry as she pleases': Punjab and Haryana High Court