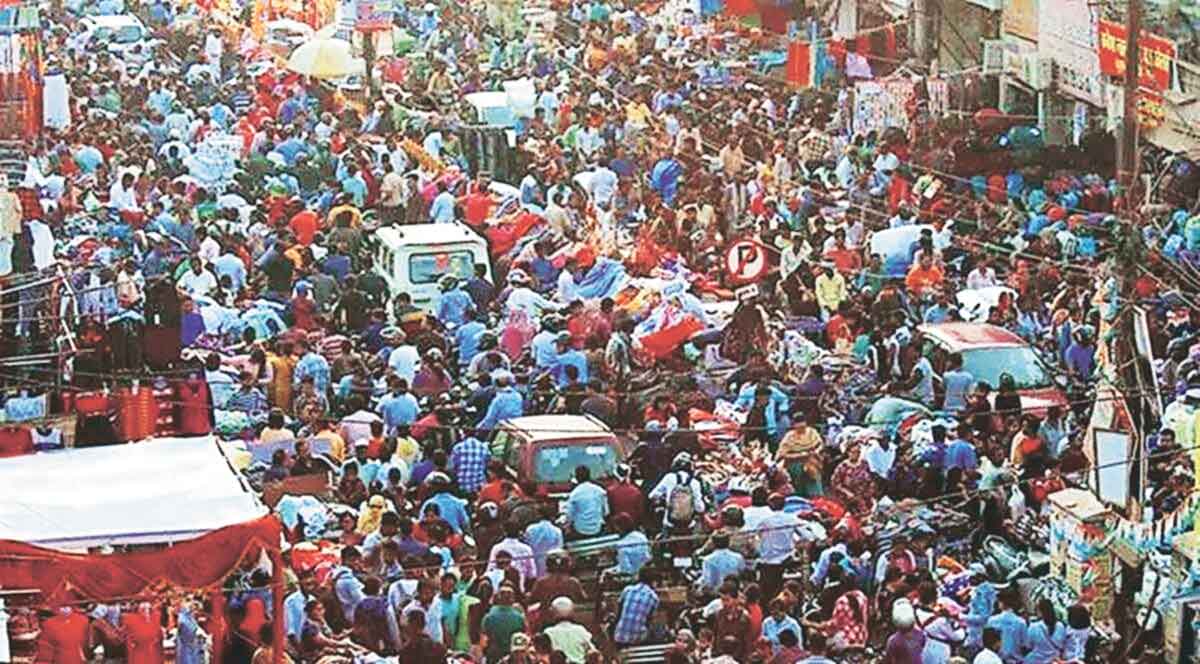 ‘National Family Health Survey: 2019-20‘A closer look at the recently released findings reveals that, Progress made by Uttar Pradesh, the largest of the backward states. Of course, Due to the schemes since 2000, this difference has started to fall slowly in that state.

The fifth round of the National Family Health Survey, National Family Health Survey-5 (NFHS-5), was recently conducted in 2019-20. Some of the findings were discussed more, some less. One of the most talked about and positive conclusions is about fertility. India’s birth rate (the average number of children that every Indian woman gives birth to in a lifetime, which can be in fractions) has dropped from the previous 2.2 to 2.0 and the ‘replacement rate’ (proportion of population gap by generation) is welcome. Although the decline in the birth rate is continuous, its rate is decreasing. For example, the estimated birth rate in 1951 was 6, it was 5.2 in 1971; 3.6 in 1991; 2.4 in 2011 and 2.2 in 2015-16. Although the decline slowed down, especially after 2000, the decline was significant.

Even so, owning one is still beyond the reach of the average person, according to the latest figures. Kerala’s birth rate was 1.6 and Tamil Nadu’s was 1.7. In Punjab, West Bengal and Jammu and Kashmir (now Union Territory) the birth rate is less than 1.7.

Of course, more attention needs to be paid to the states where 25 per cent of India’s population lives in Bihar (3.0 birth rate) and Uttar Pradesh (2.4 birth rate). In 2000, Uttar Pradesh had a higher birth rate than Bihar. For the last two decades there has been an emphasis on family planning as well as mother and child care programs, women empowerment schemes have been implemented, the difference is now visible. Nevertheless, there is still much room for improvement in both these states. The use of modern contraceptives in India is 56.5 per cent, while in Bihar-Uttar Pradesh it is about 44.5 per cent. In Uttar Pradesh, the use of traditional methods of cradling is 62.4 per cent, but in Bihar it is only 55.8 per cent. However, these figures are lower than the national average (66.7 per cent). Across the country, the use of modern contraceptives was only 47.8 per cent in 2015-16 (then ‘NFHS-4 survey’), it later increased to 56.5 per cent and reduced the fertility rate. However, at that time it was becoming clear that only 17% of men used contraceptives – that is, the entire burden of family planning was placed on women – but this year’s survey did not show that data was collected.

Given the declining birth rate as a whole, it is clear that India is now moving towards ‘population stabilization’. It was not until 1981 that the mortality rate dropped sharply and the birth rate remained relatively low. At present (in 2018, according to earlier census-based data), the country’s annual ‘population growth rate’ is 1.37 per cent. If you look at the population figures without looking at the percentage, it is even higher. Moreover, the productive population between the ages of 15 and 49 is also higher in our country. It is difficult to predict exactly how much the population will increase in the next few years, but still – the population of India will not exceed the estimate of 165 crore by 2050 by the United Nations Population Division.

While considering the positive side of NFHS-5, some of the statistics should be checked with SRS 2018 (Sample Registration System – Statistical Survey is done by Census Office) and NFHS-4 2015-16. Doing so also paints a good picture of gender ratio. For every thousand males, 906 females were born in 2011, but in 2018 it became even less – only 899. But 2015-16 saw an increase of 919 and the current NFHS-5 shows an increase of 929. The states of Chhattisgarh, Jharkhand, Bihar, Himachal Pradesh, Odisha, Tamil Nadu and Kerala performed well in maintaining the gender ratio. Of course, at least 950 women should reach this stage. The proportion of children under the age of five who have undergone stunted growth is now 38.4 and now it is 35.4. This year’s report points to Himachal Pradesh and Telangana as well as Kerala as the most malnourished states.

In addition, the NFHS-5 report draws attention to two disadvantages: obesity and tobacco use. Both of these increase the risk of deteriorating personal health. About one-fourth of Indian men and women are either overweight or obese (body mass index is the answer given by the weight in kilograms divided by the height square in meters). The number of obese Indians is increasing. The survey also found that 38 percent of men use tobacco in one form or another.

In short, the overall progress that our country has made in the last few years has led to positive results in NFHS-5. But we want to make four suggestions. The first is of course that Bihar and Uttar Pradesh should focus on family planning as well as mother and child care schemes. Child health should also be taken into consideration. The second suggestion is that while we may not be able to increase the number of females per thousand males, we must maintain the minimum. The third suggestion is to focus on child nutrition programs for the eradication of malnutrition, while the last fourth suggestion is to identify the growing risk of obesity and tobacco-related illnesses in a timely manner.

C. Rangarajan is a former Governor of the Reserve Bank and currently a member of the Economic Advisory Board to the Prime Minister.; So J. K. Satia is from Gandhinagar ‘Indian Institute of Public Health‘ There are reputed professors in this institute.

The post Uttar Pradesh is better than Bihar! appeared first on Loksatta.

difference between mitosis and meiosis

Interpretation: The struggle is unfair, but ..