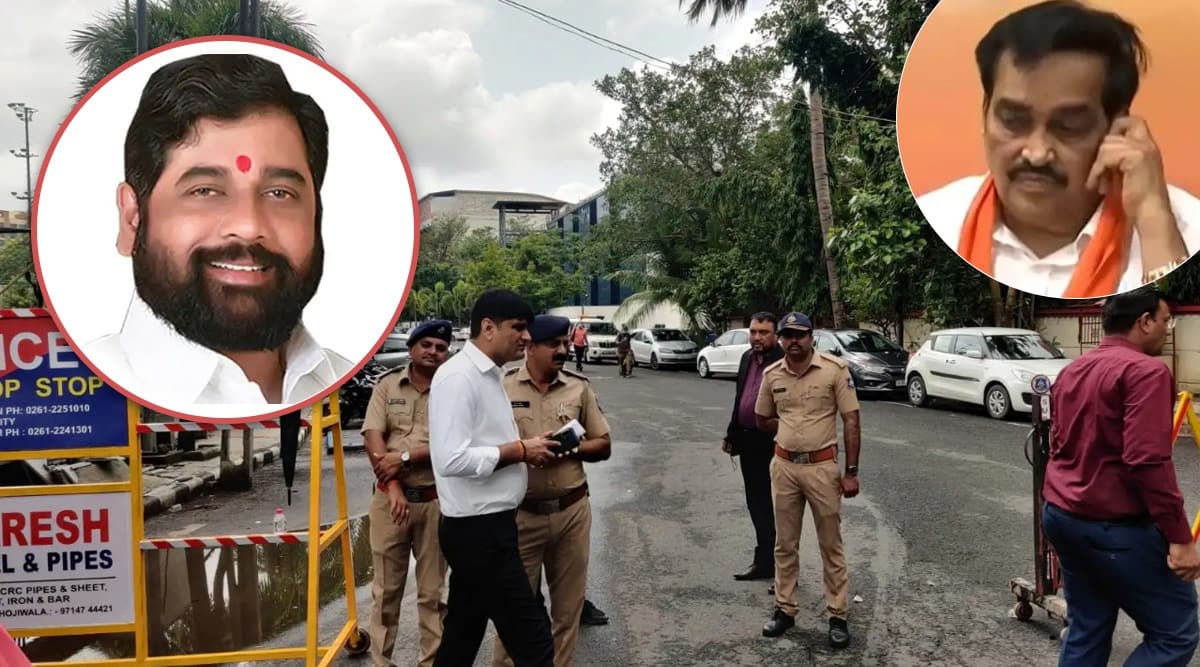 Major political developments have taken place in the state and Shiv Sena leader Eknath Shinde is out of touch with about 13 MLAs of the party. Meanwhile, according to information received, Eknath Shinde is with MLAs at a hotel in Surat in Gujarat. Meanwhile, a large contingent of police has been deployed outside the hotel in Surat. No one else is allowed in this place. Police are checking every vehicle entering the hotel.

Discussions are in full swing as Eknath Shinde has suddenly disappeared while the BJP was pushing the Mahavikas Aghadi in the Assembly elections. While all the five BJP candidates have won the elections, the votes of Shiv Sena and Congress have split. As there is no contact with Eknath Shinde, there is a possibility that he has revolted.

Along with Eknath Shinde, who are the MLAs in the state? Take this complete list

According to sources, Eknath Shinde and other MLAs are in touch with Gujarat BJP state president CR Patil. It is said that after reaching Gujarat, some MLAs met Patil. Meanwhile, Patil has refrained from commenting on the issue, saying, “I am in Gandhinagar and I have received information that some MLAs have come to Surat.”

Shiv Sena’s second leader and state Public Works Minister Eknath Shinde has not been in touch with 13 Shiv Sena MLAs since the results of the Legislative Council. It has been revealed that BJP got ten votes more than Rajya Sabha in the Legislative Council elections. It is noteworthy that during yesterday’s election, no one except Sachin Ahir spoke to the media. Except for us Padvi and Ahir, no leader has appeared in the media. Shiv Sena’s concern has increased as Eknath Shinde and MLA are no longer in touch with the party.

Rebellion is not new to Shiv Sena! But the first big revolt in Thane Shivsena Eknath Shinde Uddhav Thackeray rebel in Thane scsg 91