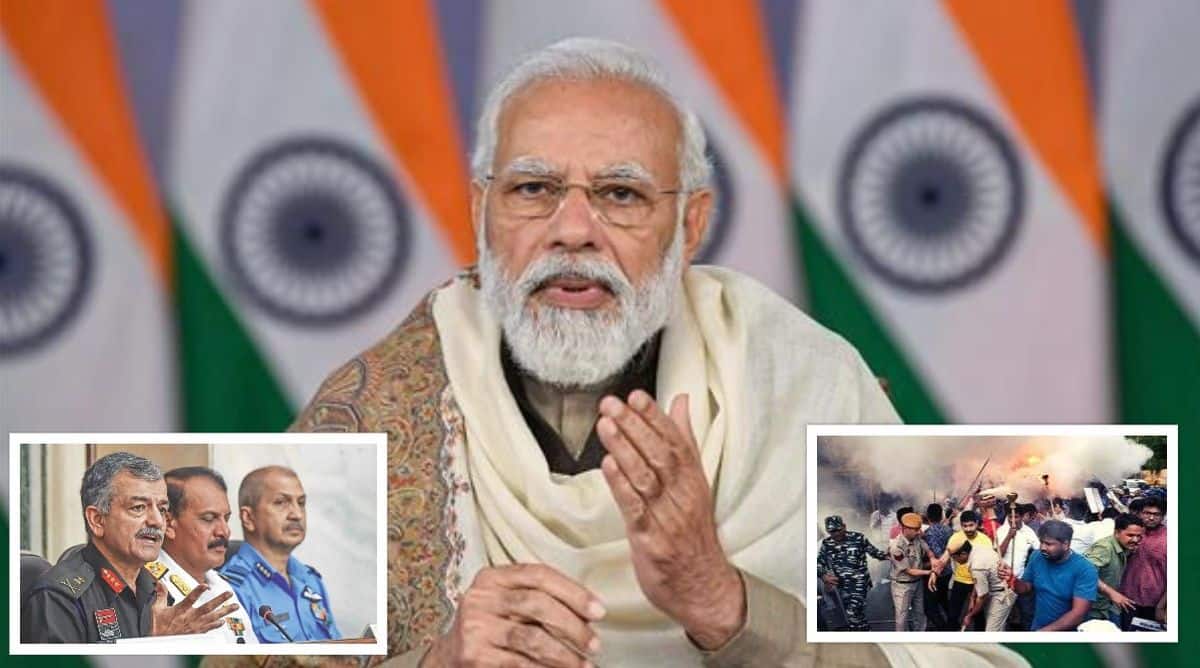 The Prime Minister while agitating across the country against the ‘Agneepath’ scheme announced by the Central Government for short-term recruitment Narendra Modi The three army chiefs will meet. Tomorrow, June 21, Prime Minister Narendra Modi will meet the Chiefs of the three Armed Forces – Army, Navy and Air Force. All eyes will be on the meeting against the backdrop of the opposition to the Agneepath project and the subsequent role announced by the Army Chief.

Agneepath closed to violent protesters; Announcement of the three parties regarding the recruitment process, also announced the schedule

Meanwhile, while the government was adamant on the implementation of the Agneepath scheme, the three services of the Army on Sunday announced a comprehensive program for the recruitment of firefighters. He also warned that the doors of the scheme would be closed to the youths involved in arson and vandalism against ‘Agneepath’.

Draft notification will be submitted on 20th June, various notifications from 1st July, a total of 83 recruitment meetings will be held across the country in August, September and October, training of the first batch of 25000 personnel in the first and second week of December.

Prime Minister Narendra ModiHe inaugurated the tunnel at Pragati Maidan in Delhi on Sunday. Earlier, Modi inspected the tunnel. In his speech, Modi spoke about the importance of Pragati Maidan. “The ground was created decades ago to showcase India’s progress, strength, goods and culture. But the progress of Pragati Maidan had stopped long ago. The plan was only on paper. Nothing really happened, ”said Prime Minister Modi. Speaking further in this regard, he indirectly commented on the hinchachara that started in the background of Agnivir. “This is the new India of today. This India seeks satisfaction. We have to face many difficulties for new jobs, ”he said.